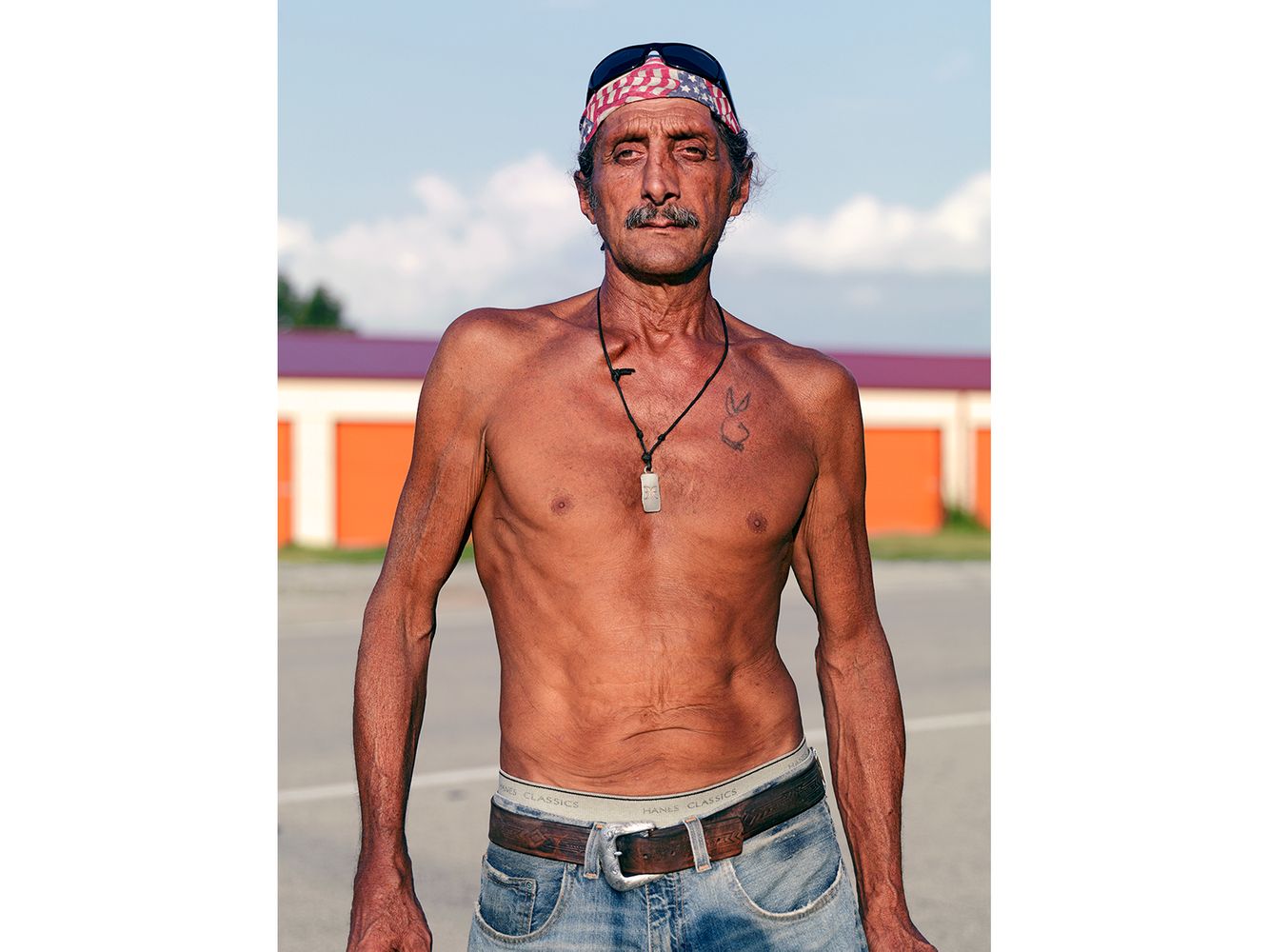 When Harry was 21 he killed a man in self-defense. He spent four years in prison because he emptied all six rounds of his handgun into his attacker. The victims mother petitioned the Govenor for clemancy and he granted Harry's release. The playboy tatoo covers the knife wound where his attacker stabbed him, narrowly missing his heart by a fraction of an inch.

Joe was hitch-hiking to meet his biological father who he had never met. During the summer he works as a carney worker, and in the winter he lives from the SSI checks his disabled wife receives from the state. 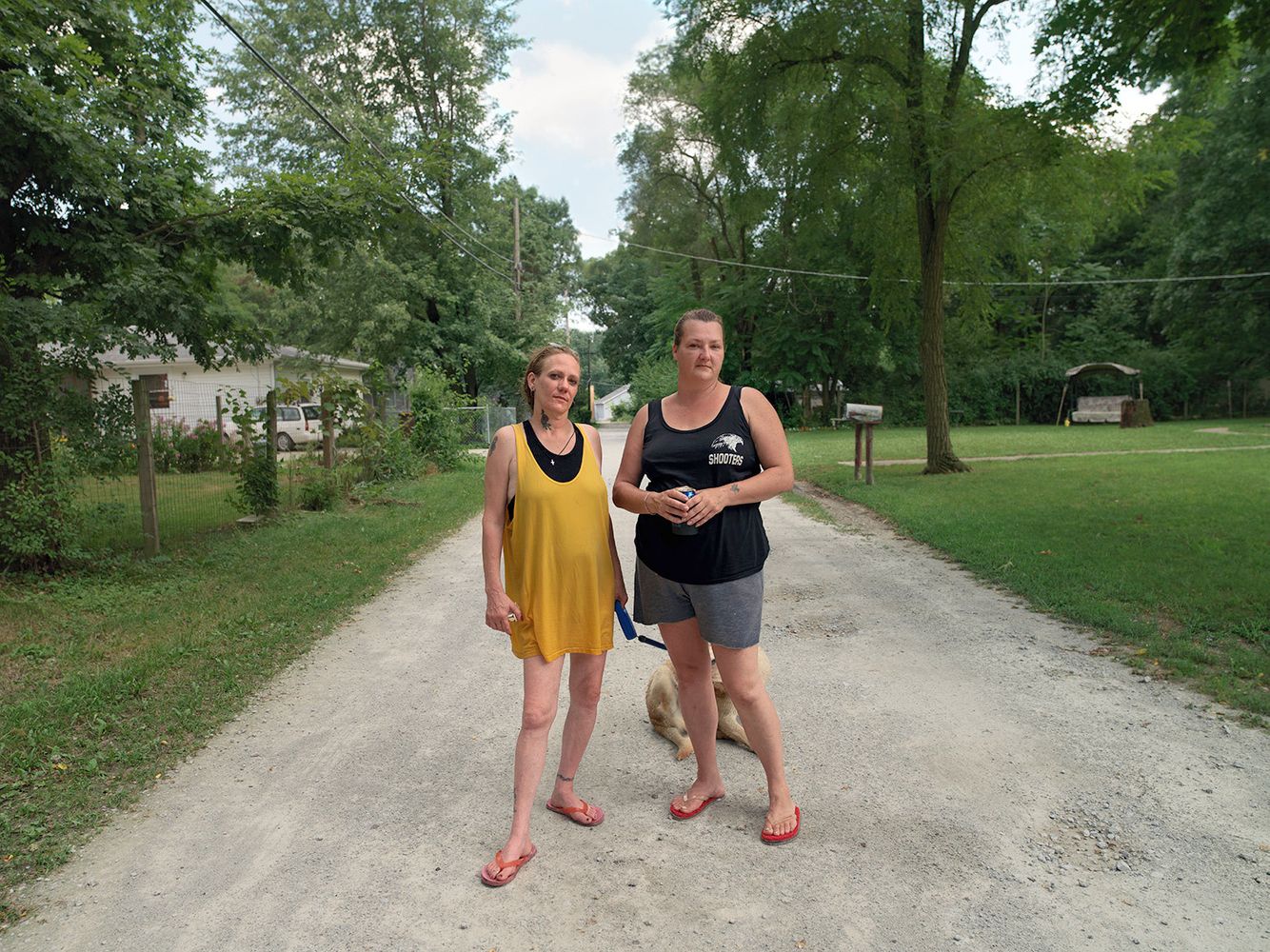 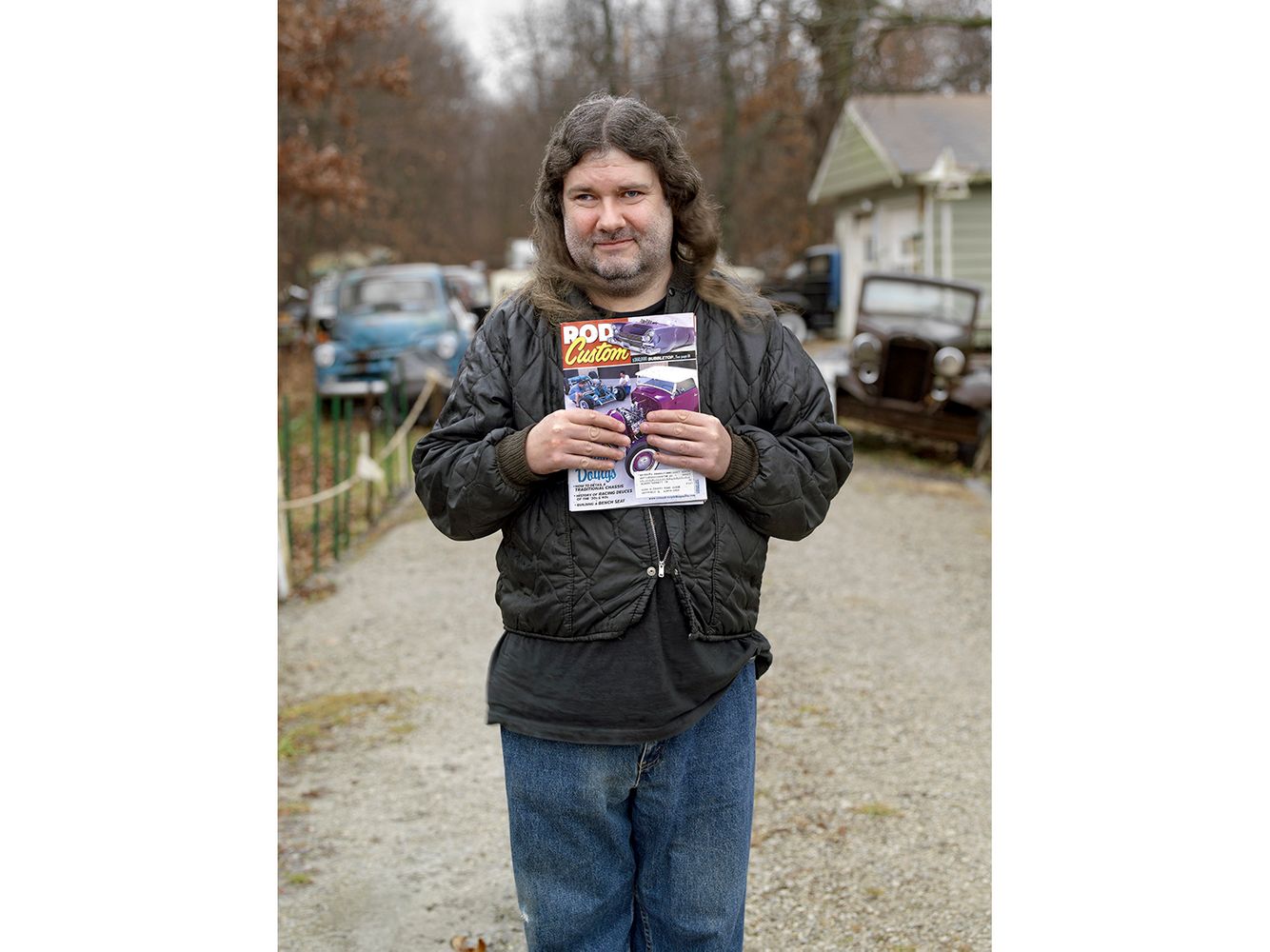 Jack was mentally challenged. After being bit by a mosquito as a baby, he contracted encephalitis which affected his mental capacity. He lives with his father in a mobile home on their 40 acre salvage yard. Jack is what's medically known as a calendar savant. After asking me when my birthday was, he immediately told me I had 232 days until my next birthday. He was right. 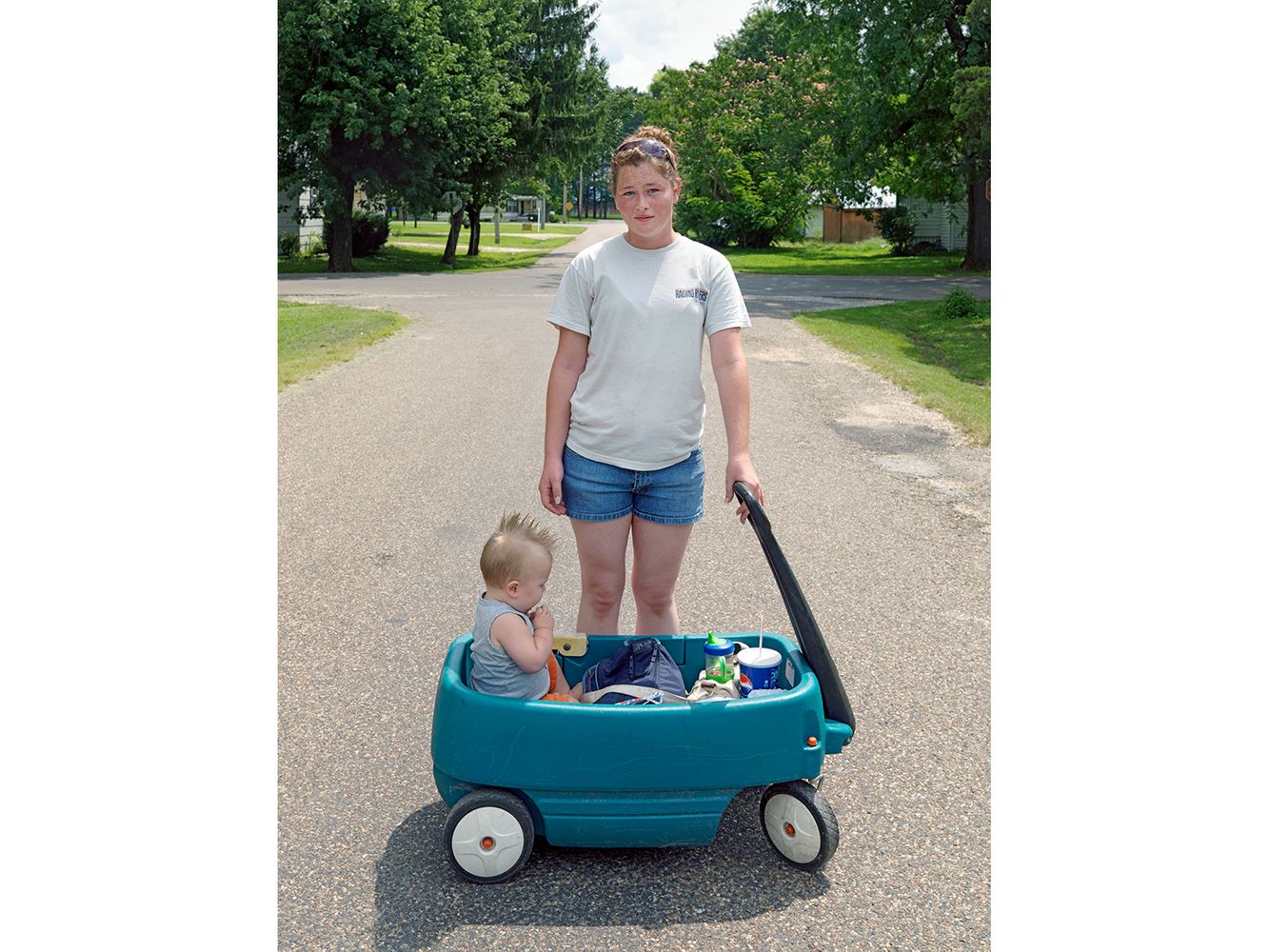 A young mother with her son who had just gotten his first haircut. 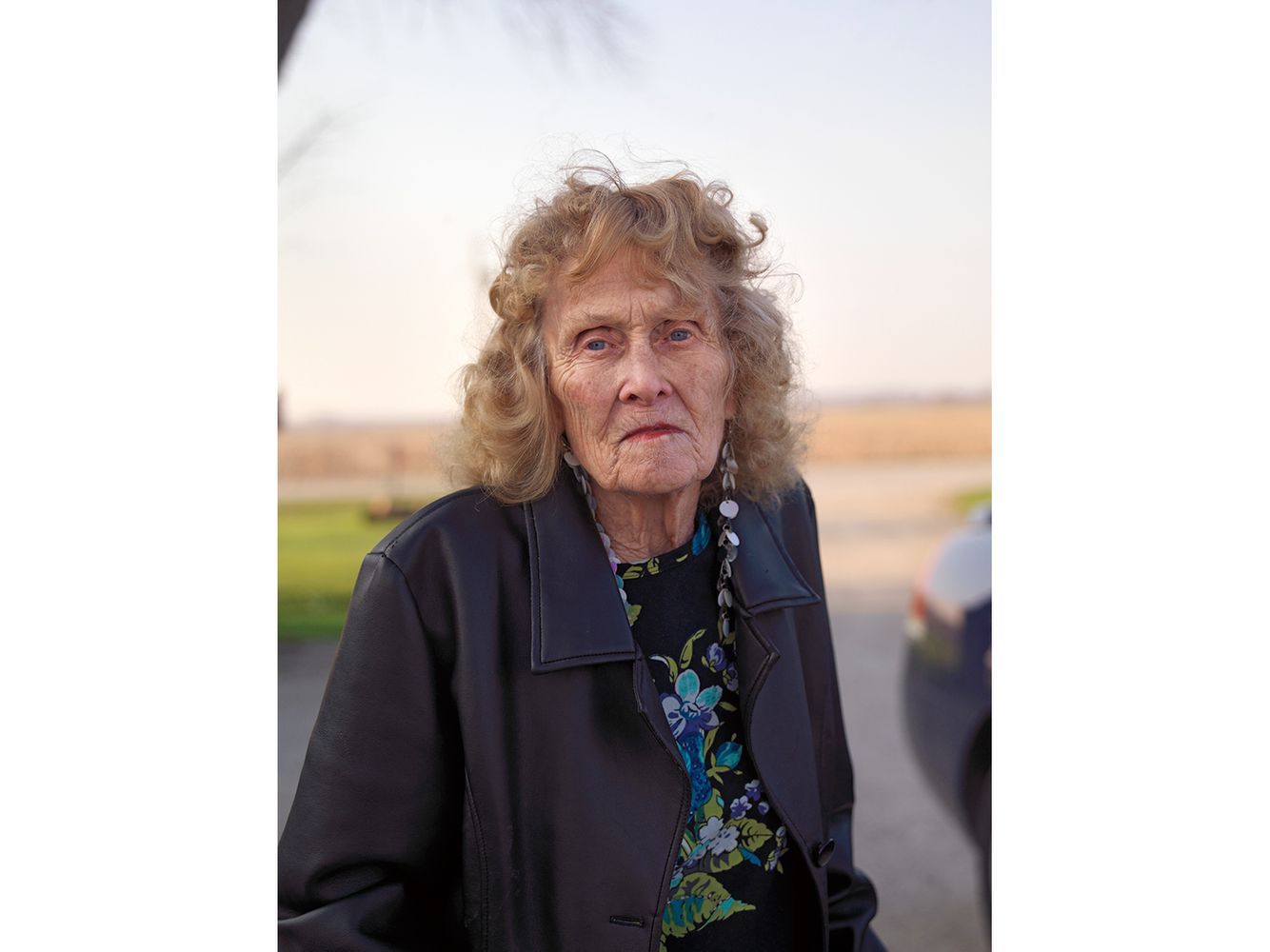 Doris was 90 and a life long Illinois farmer's wife who had six children. 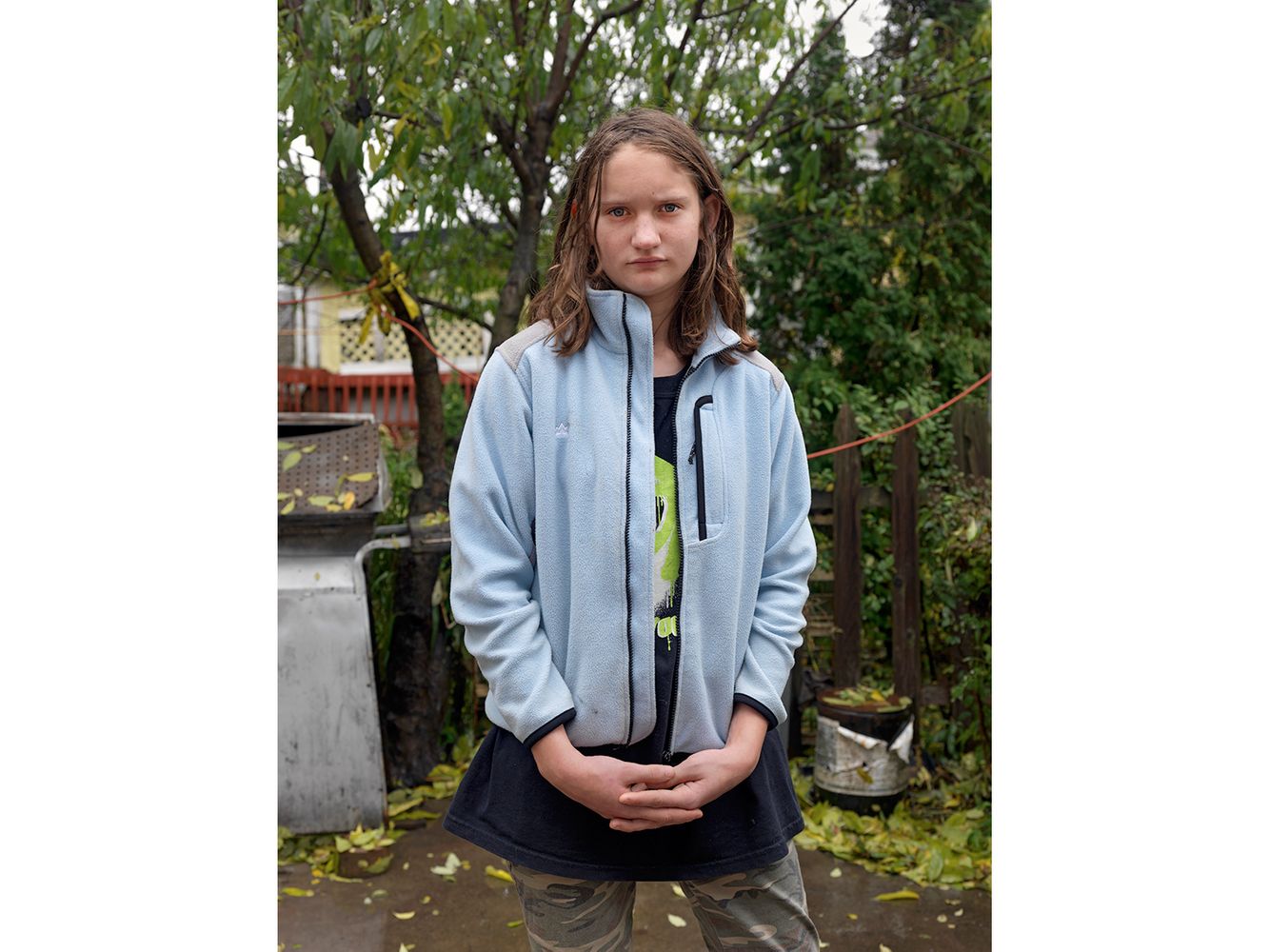 Amber is a thirteen year old who was expelled from school for fighting. She was leaving the following week for nine months to attend a state run boarding school for troubled and at risk teens. 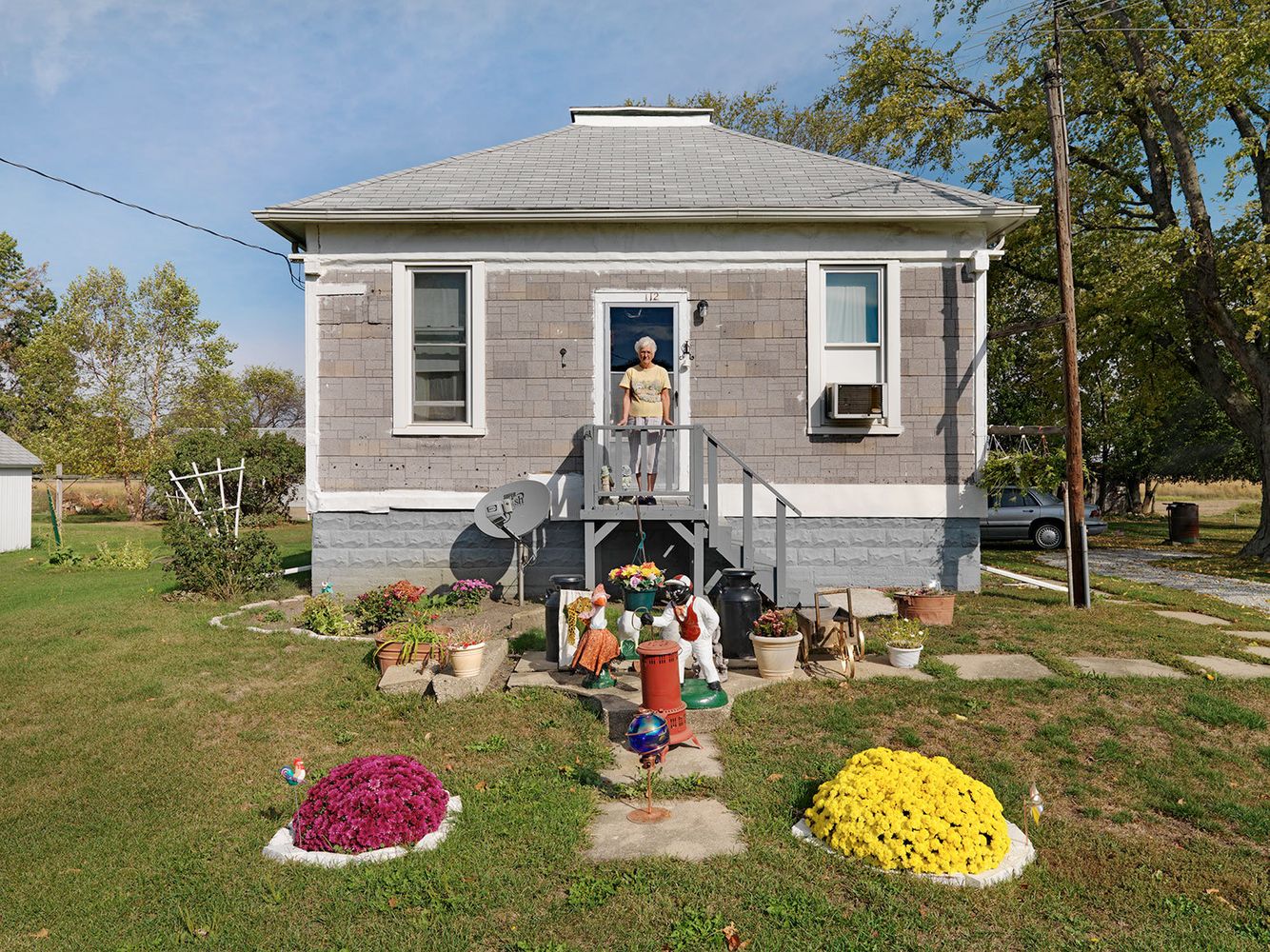 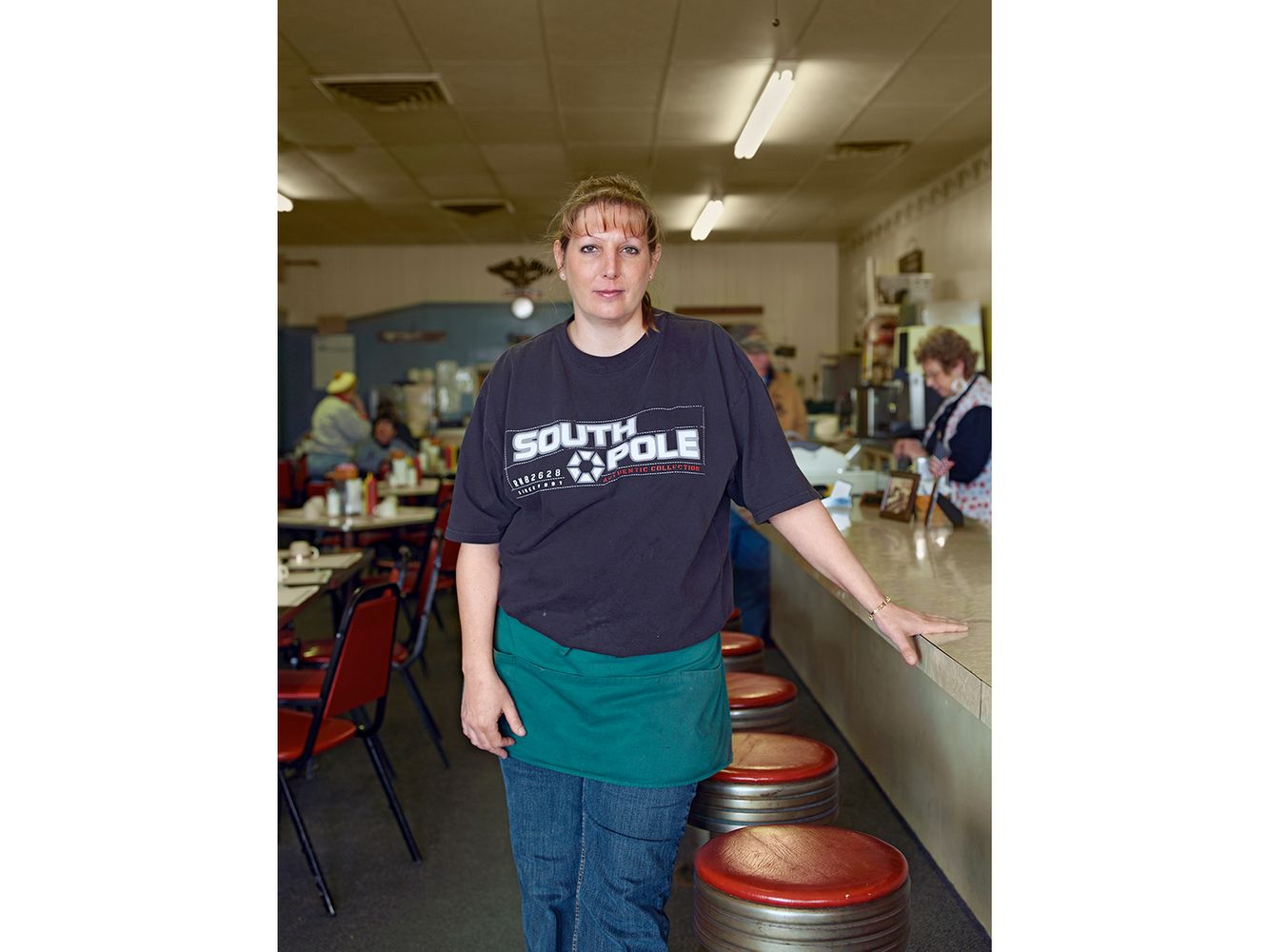 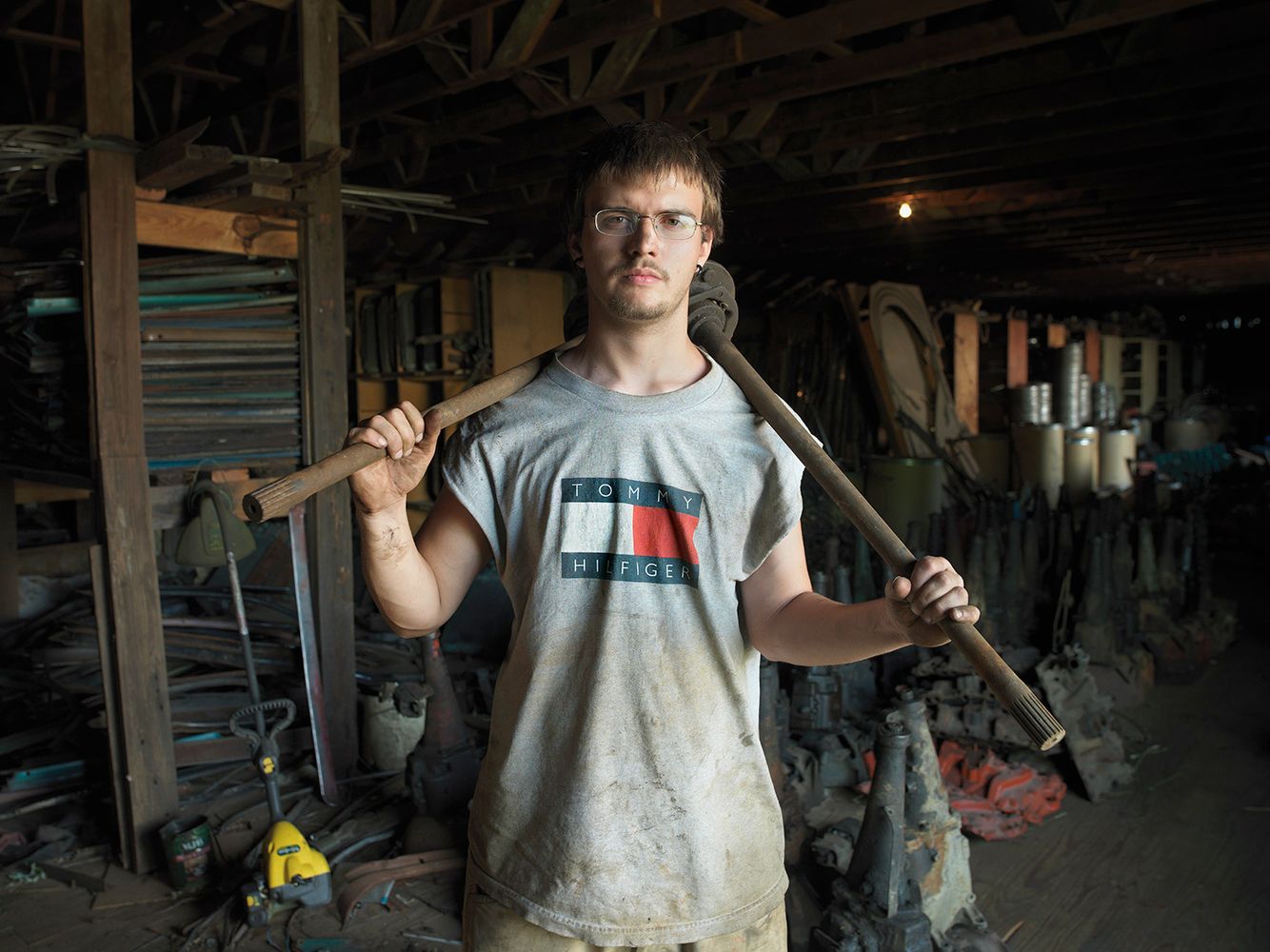 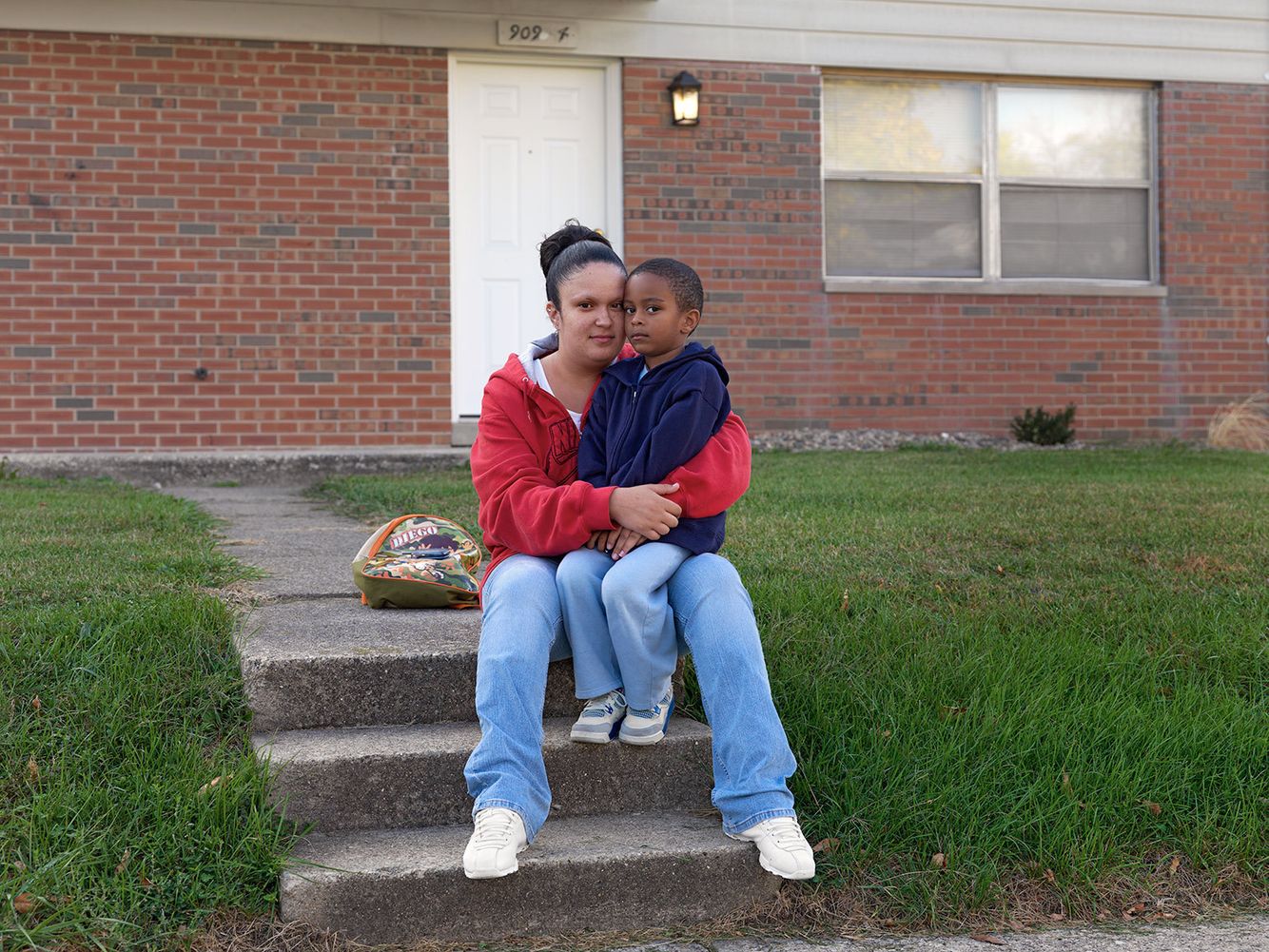 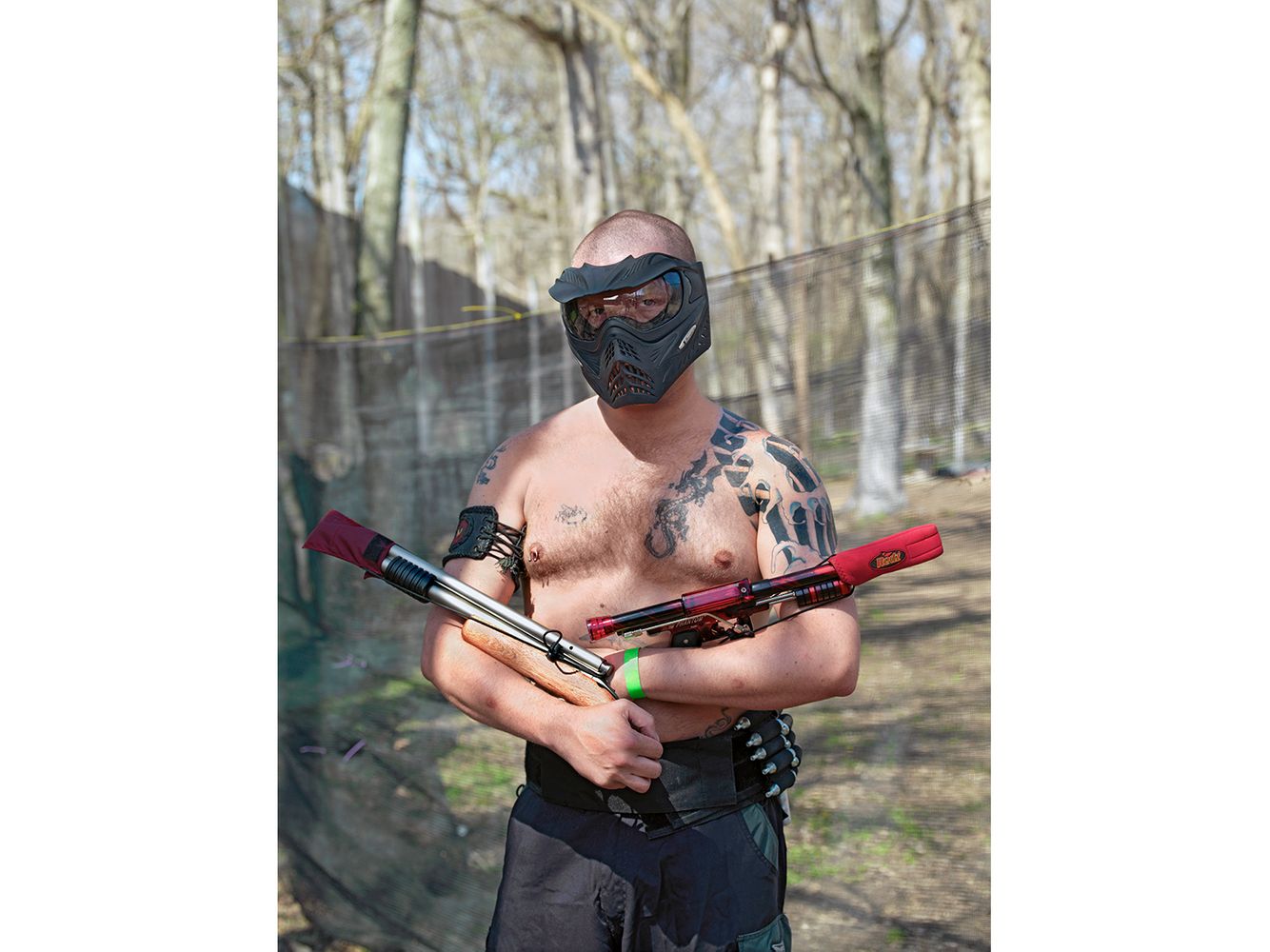 Man with Mask at a Paintball Tournament, Funks Grove, IL 2007 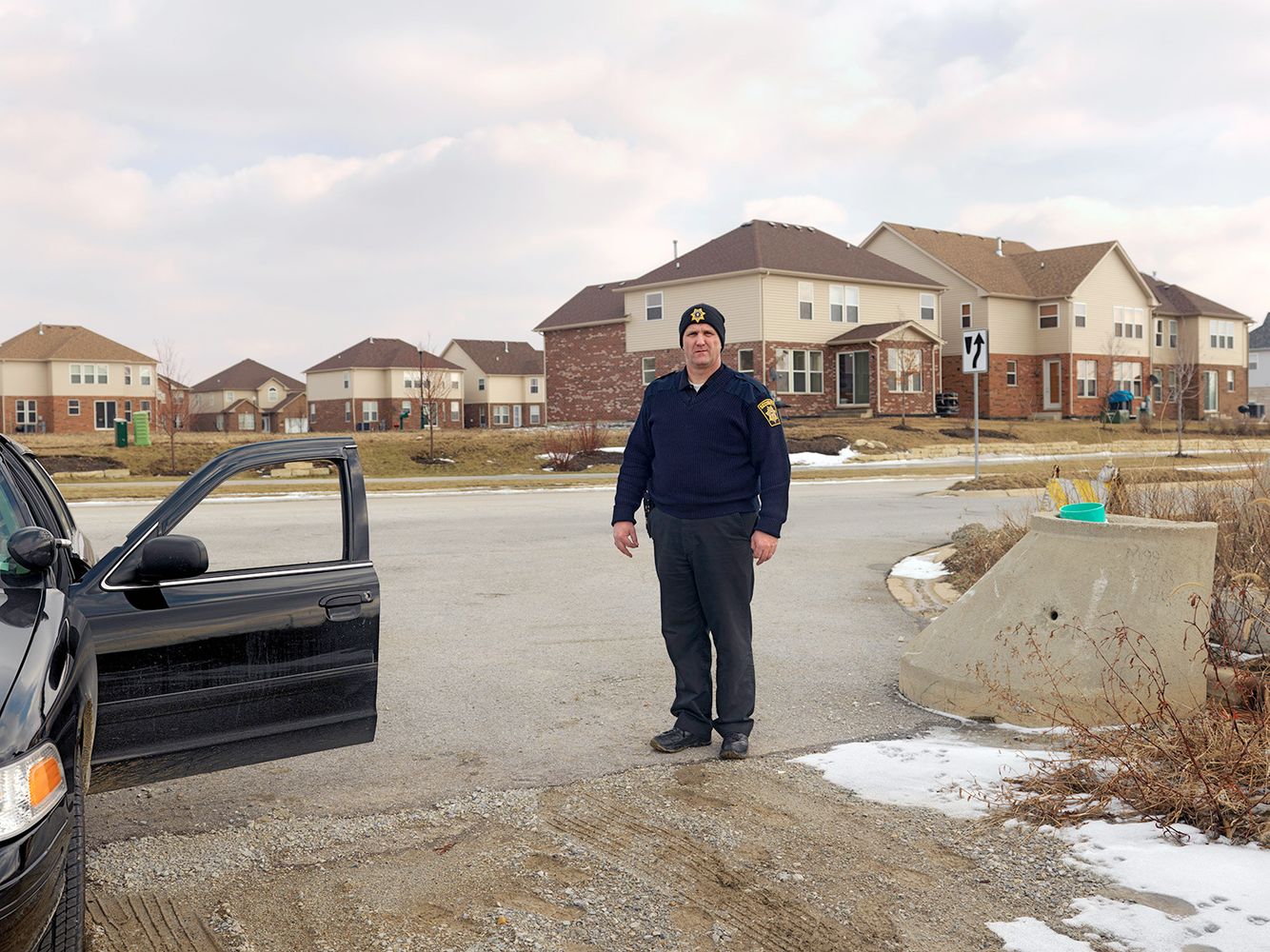 Chuck is a school teacher during the week and supplemented his income as a part-time security guard on the weekends. He was guarding a partically finished housing development that had fallen into receivership. 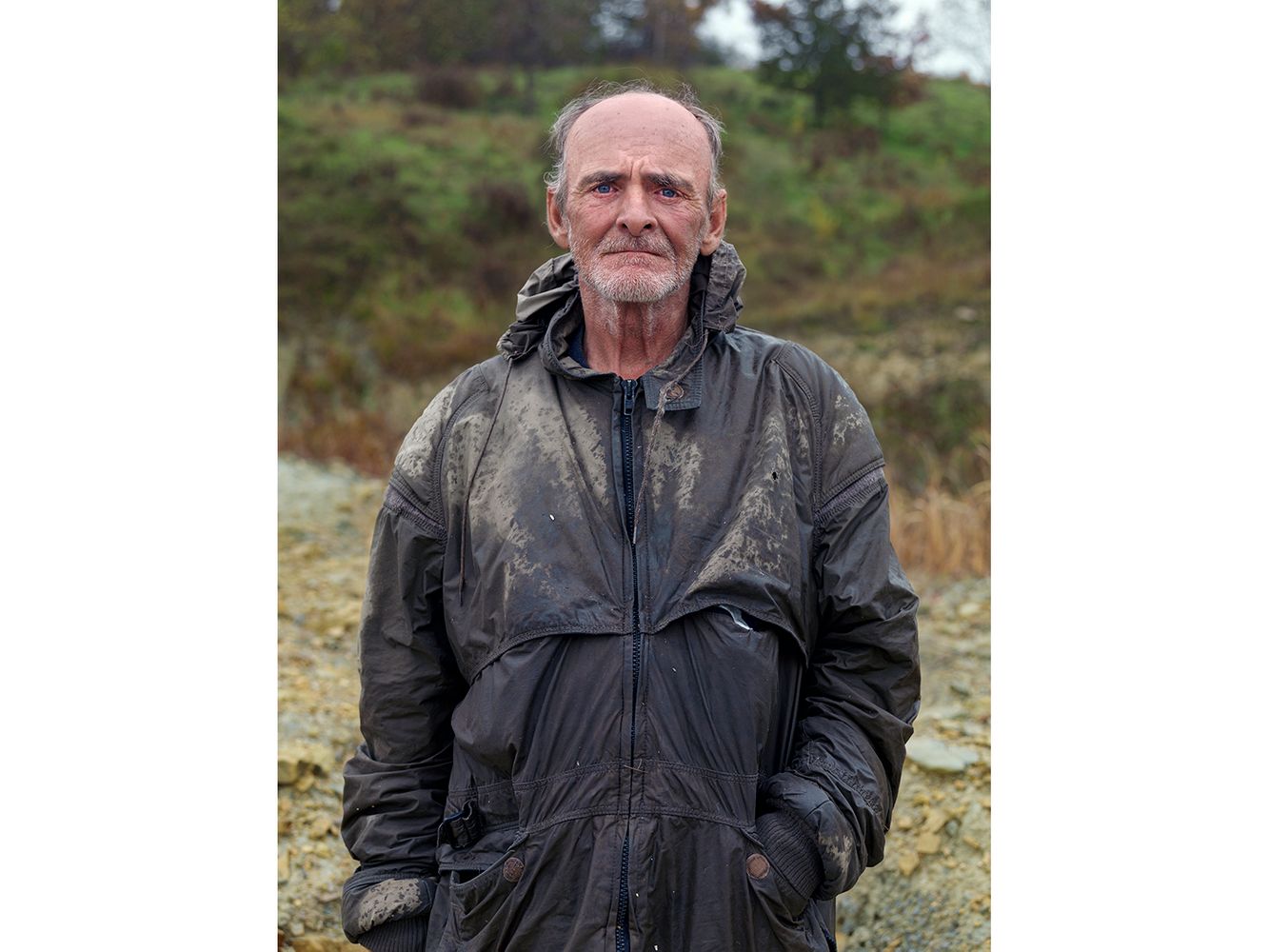 Dan has been a drifter since 1992. I picked him up in the pouring rain and gave him a ride for a few hours while traveling south. He talked very convincingly about avionics, covert CIA ops, gamma rays, and hypnosis, but when he said that outer space was only three miles above the surface of the earth I began to have my doubts. I bought him a set of dry clothes and a new waterproof coat at a resale shop, got him a room for the night in a motel, gave him 20 bucks and wished him well. 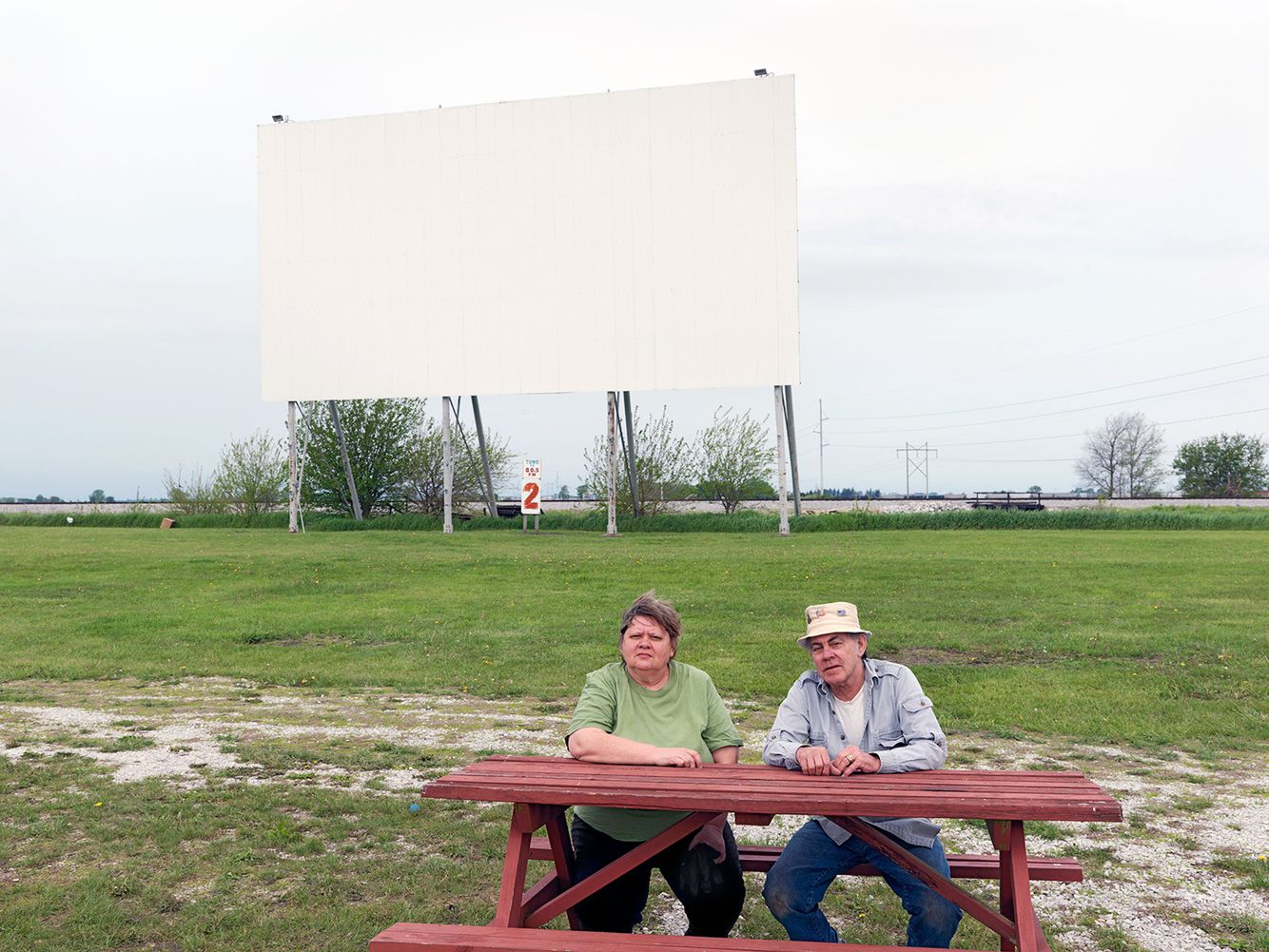 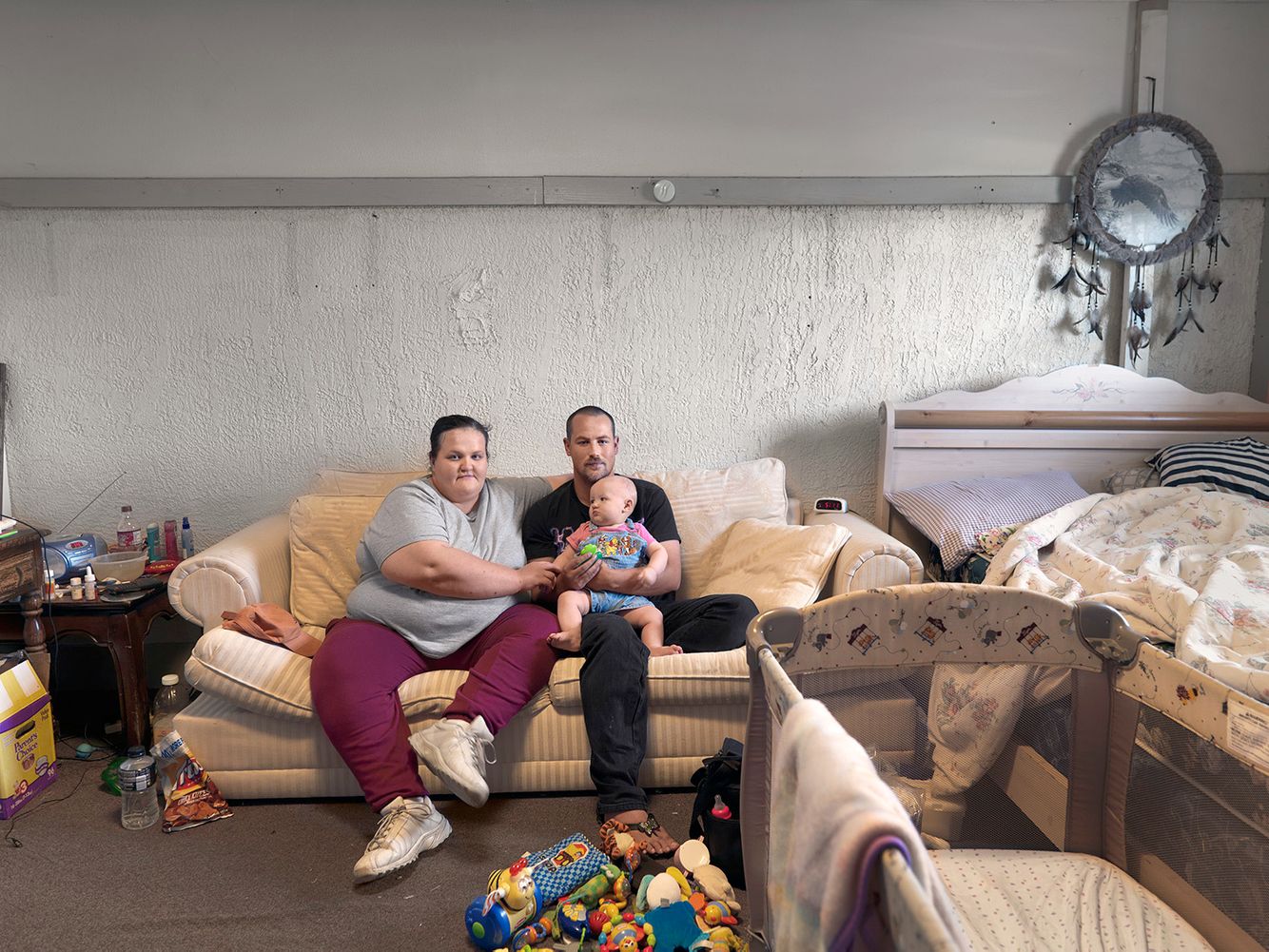 Nick, Alyene, and Nicolle were living in a SRO (single room occupancy) apartment on state and government assistance of about $400 per month. They're looking for work but are unable to afford a car and live miles from the nearest big town, making their prospects for finding work slim. 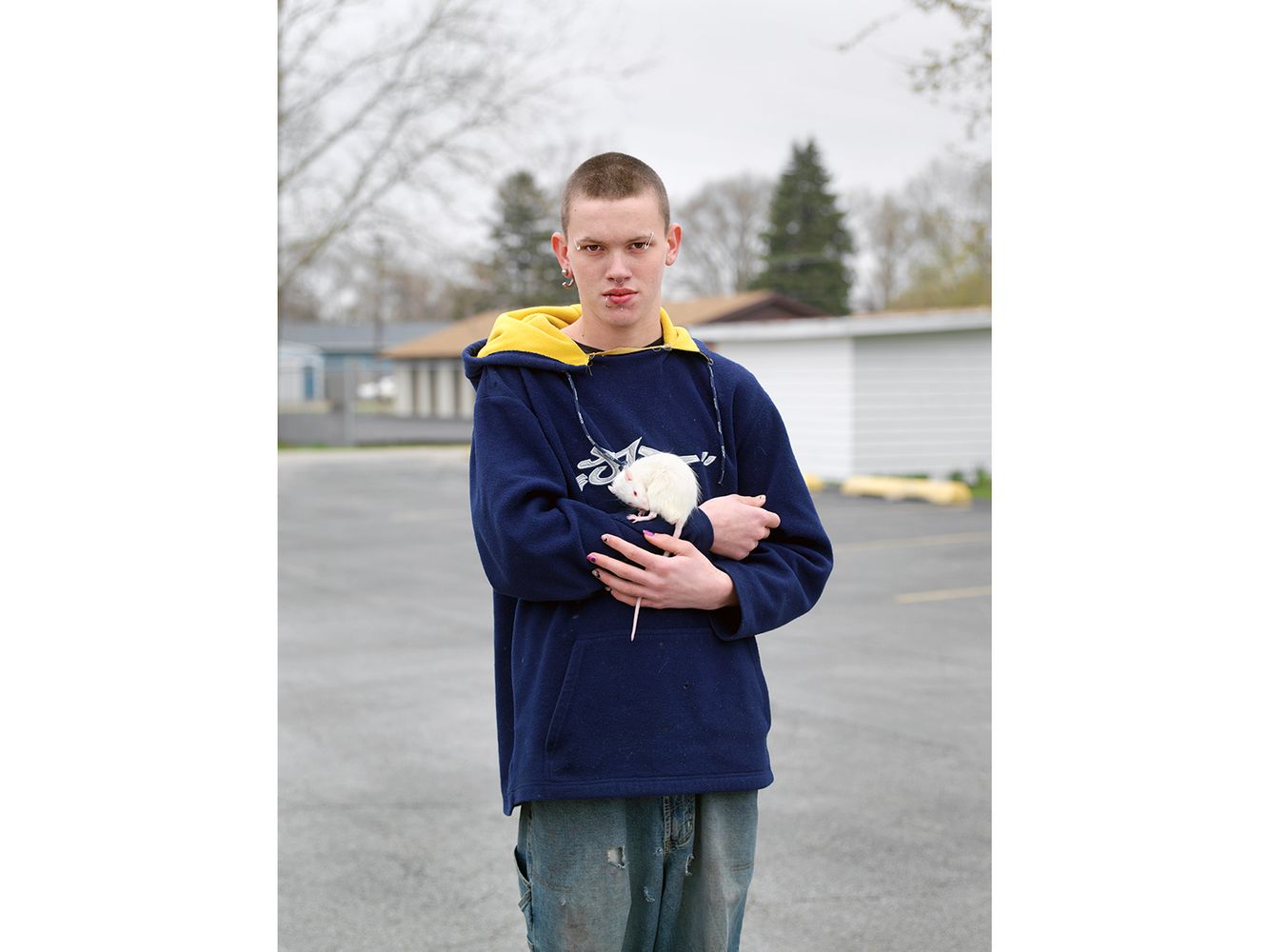 Anthony was a high school dropout. His mother kicked him out of the house forcing him to stay at friends houses for a few days at a time. A friend gave him Tip Toe the rat for companionship. 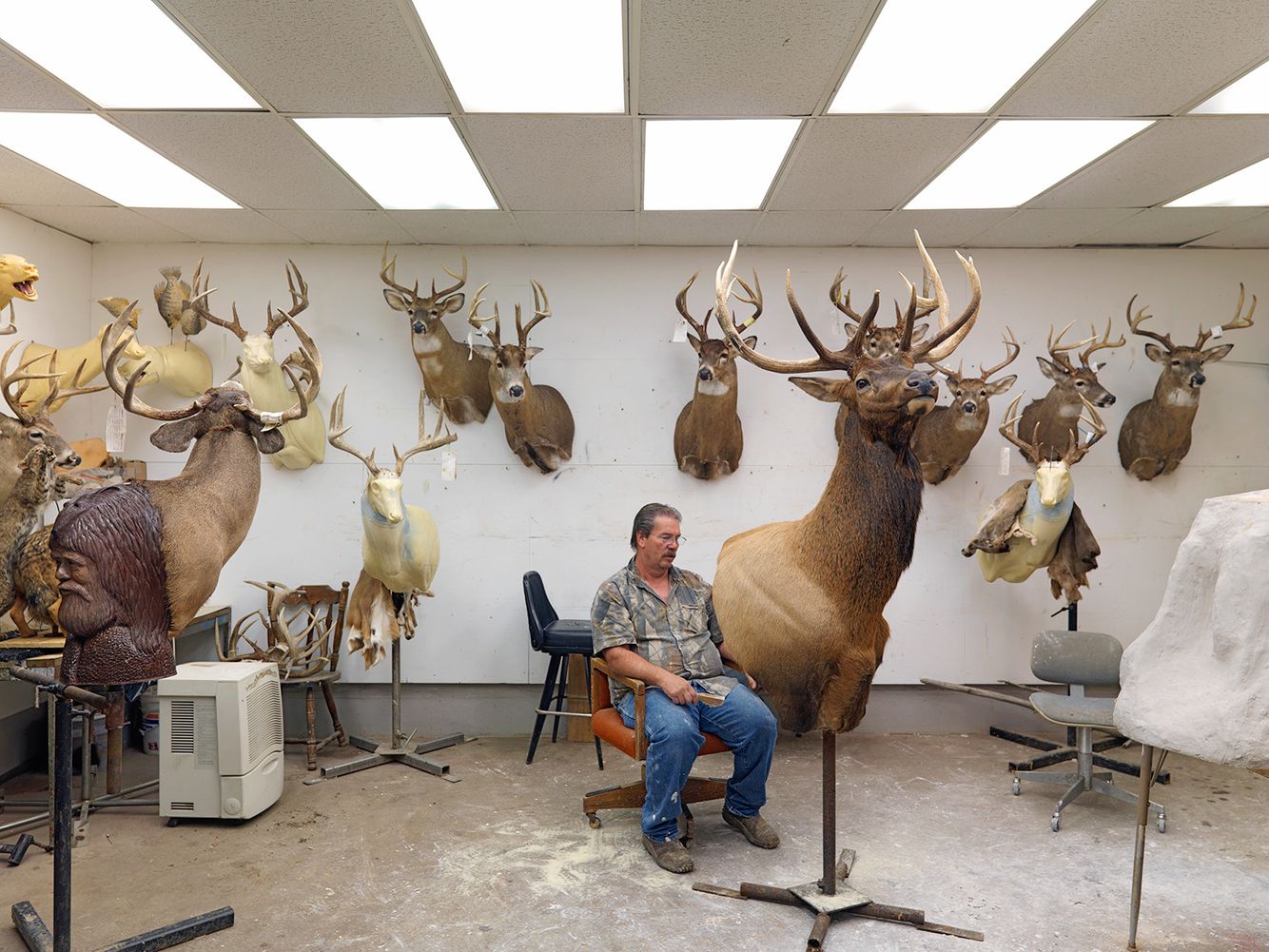 Louie is one of Illinois most awarded taxidermists, winning more blue ribbons and first place prizes than any other competitor in his field. 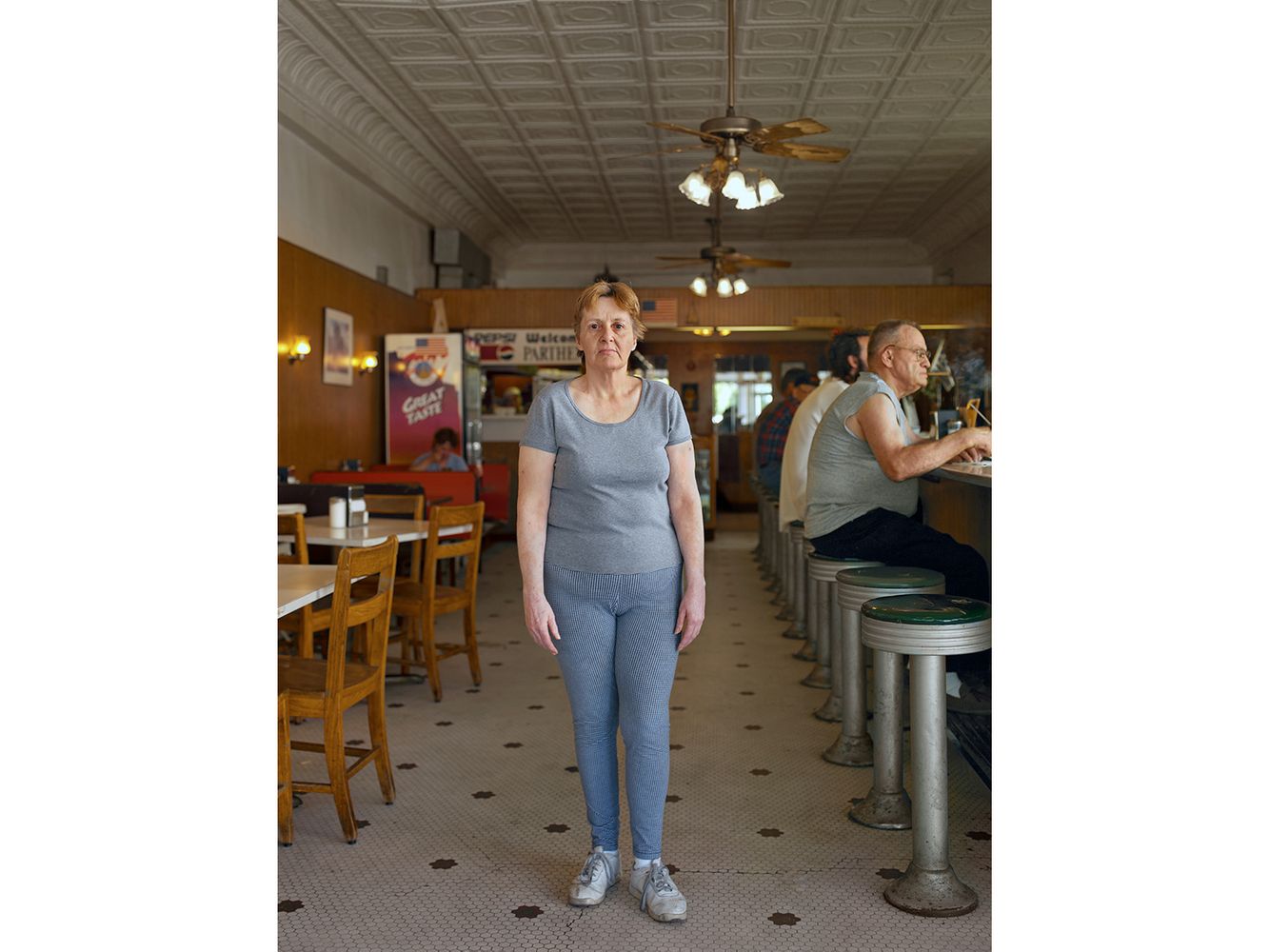 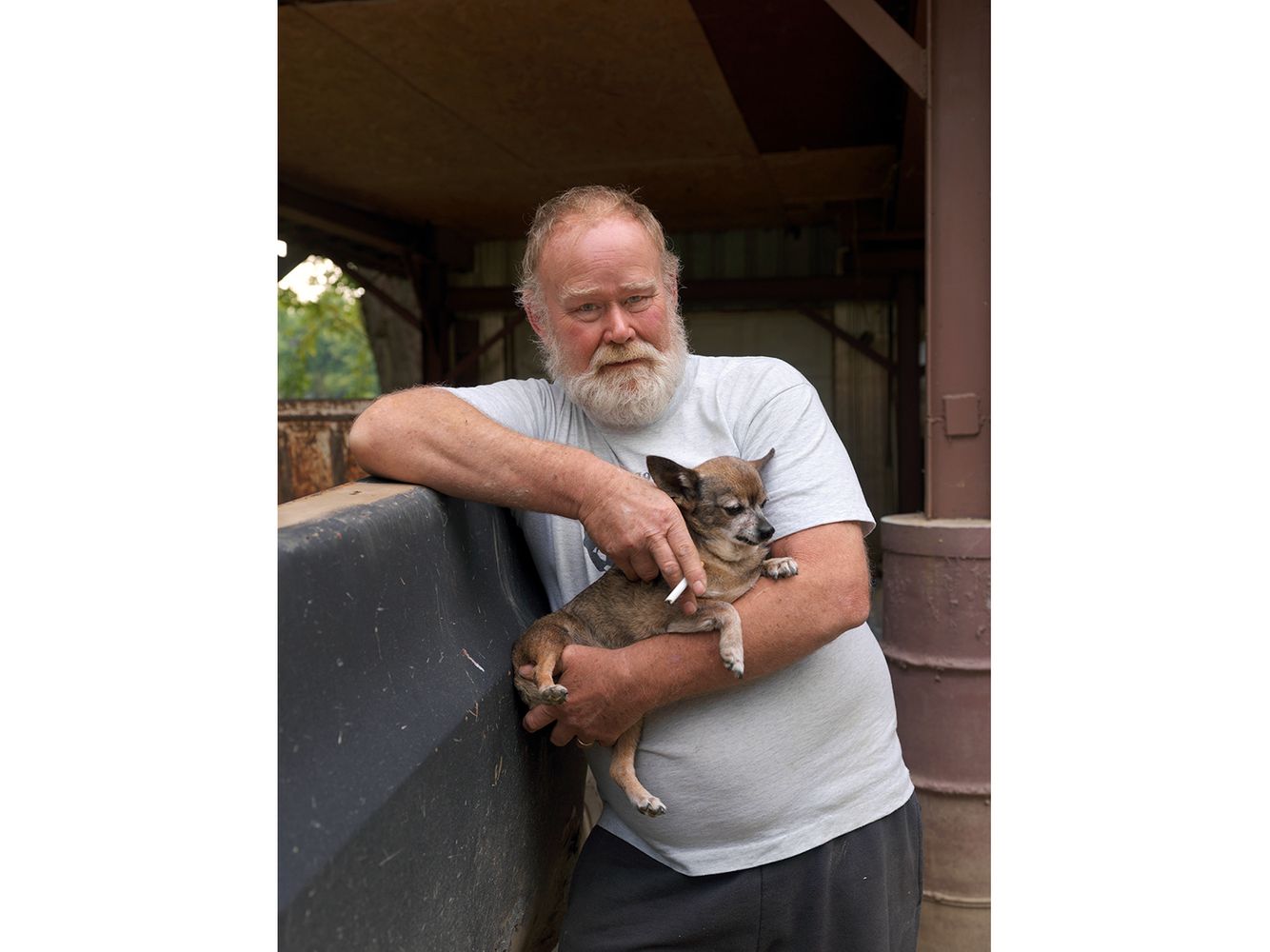 Butch's house sits on stilts 14 feet above the Mississippi river. During the flood of 2008 the river crested within 2 inches of his doorstep before it began to recede. 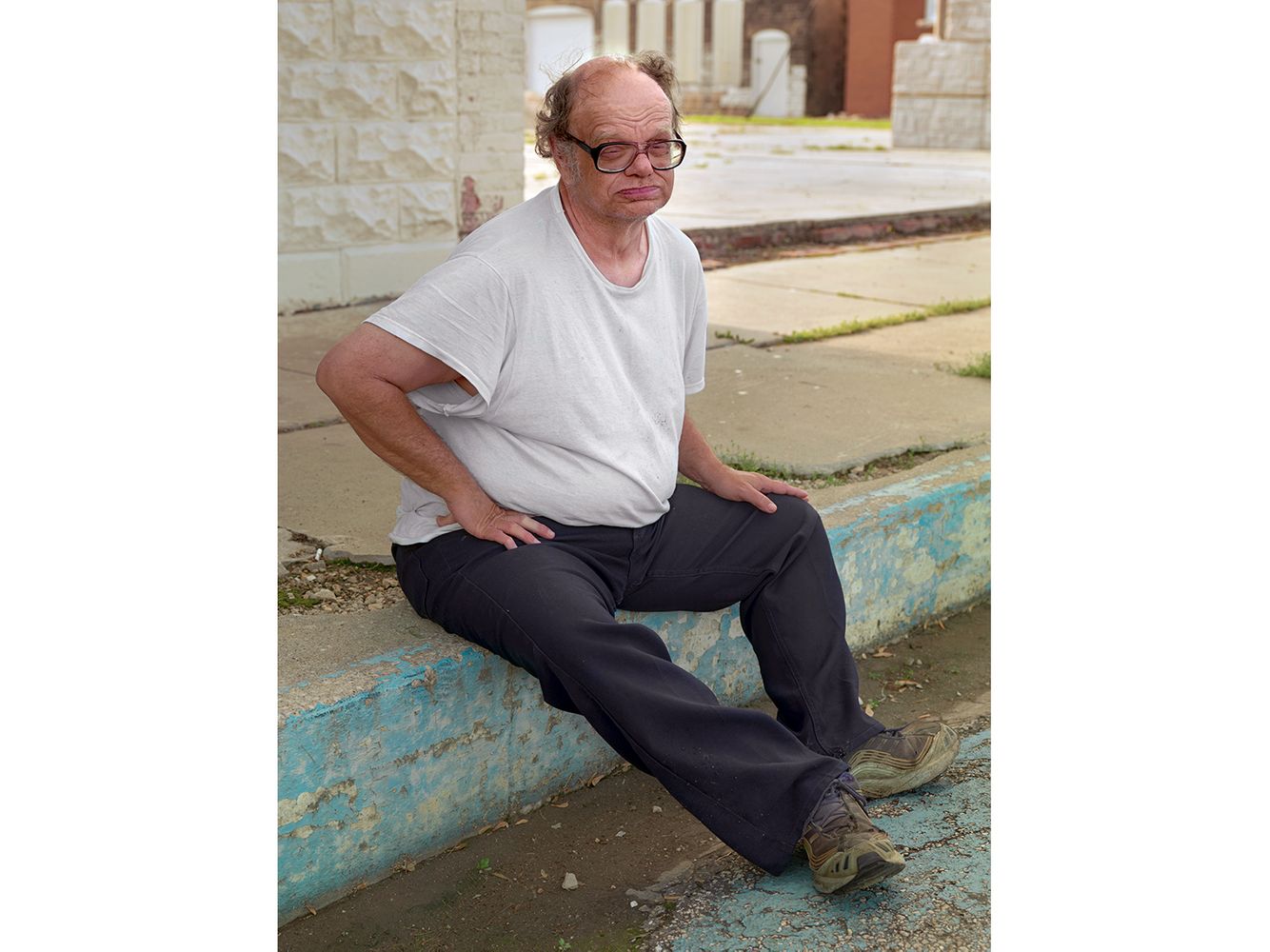 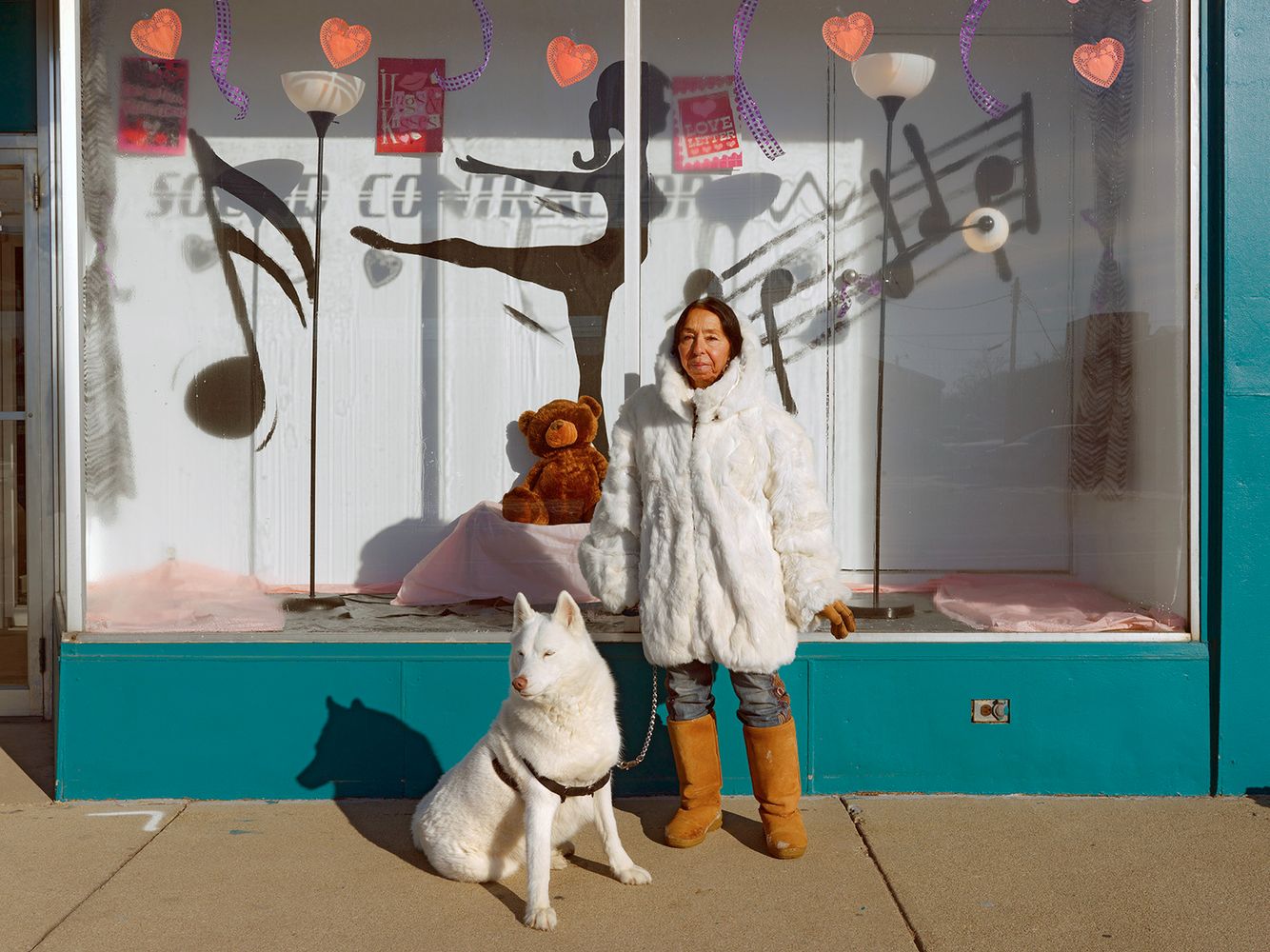 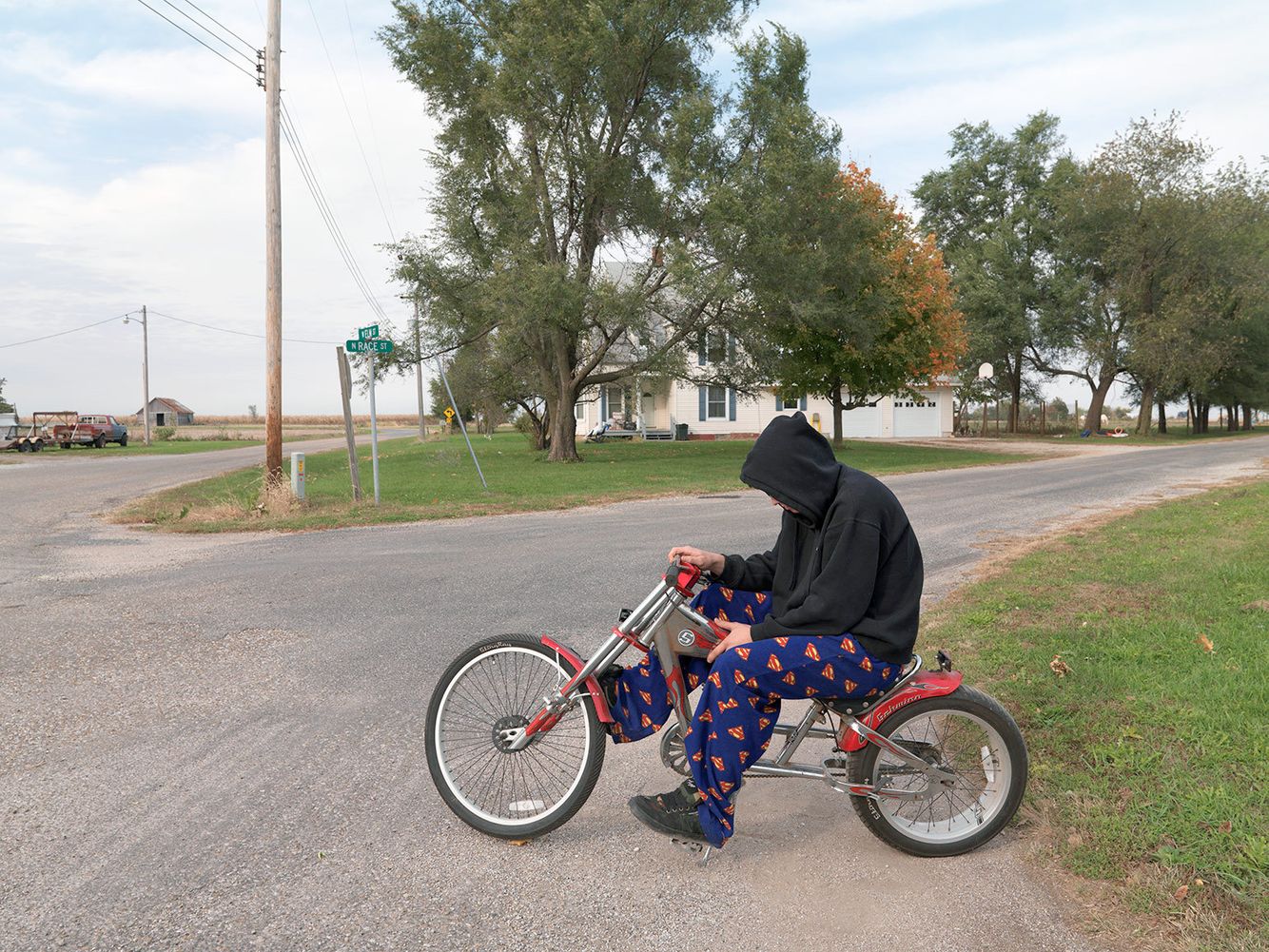 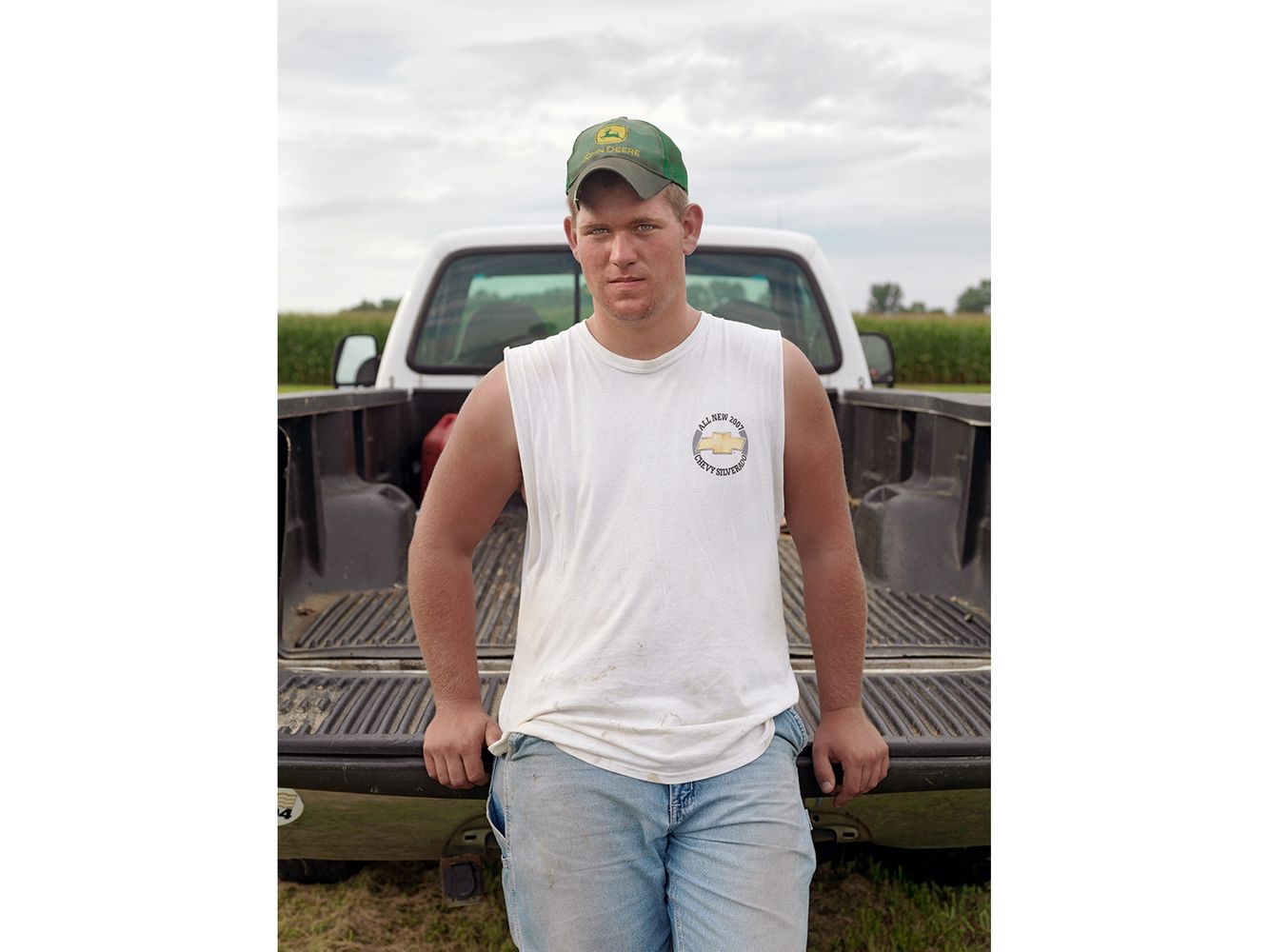 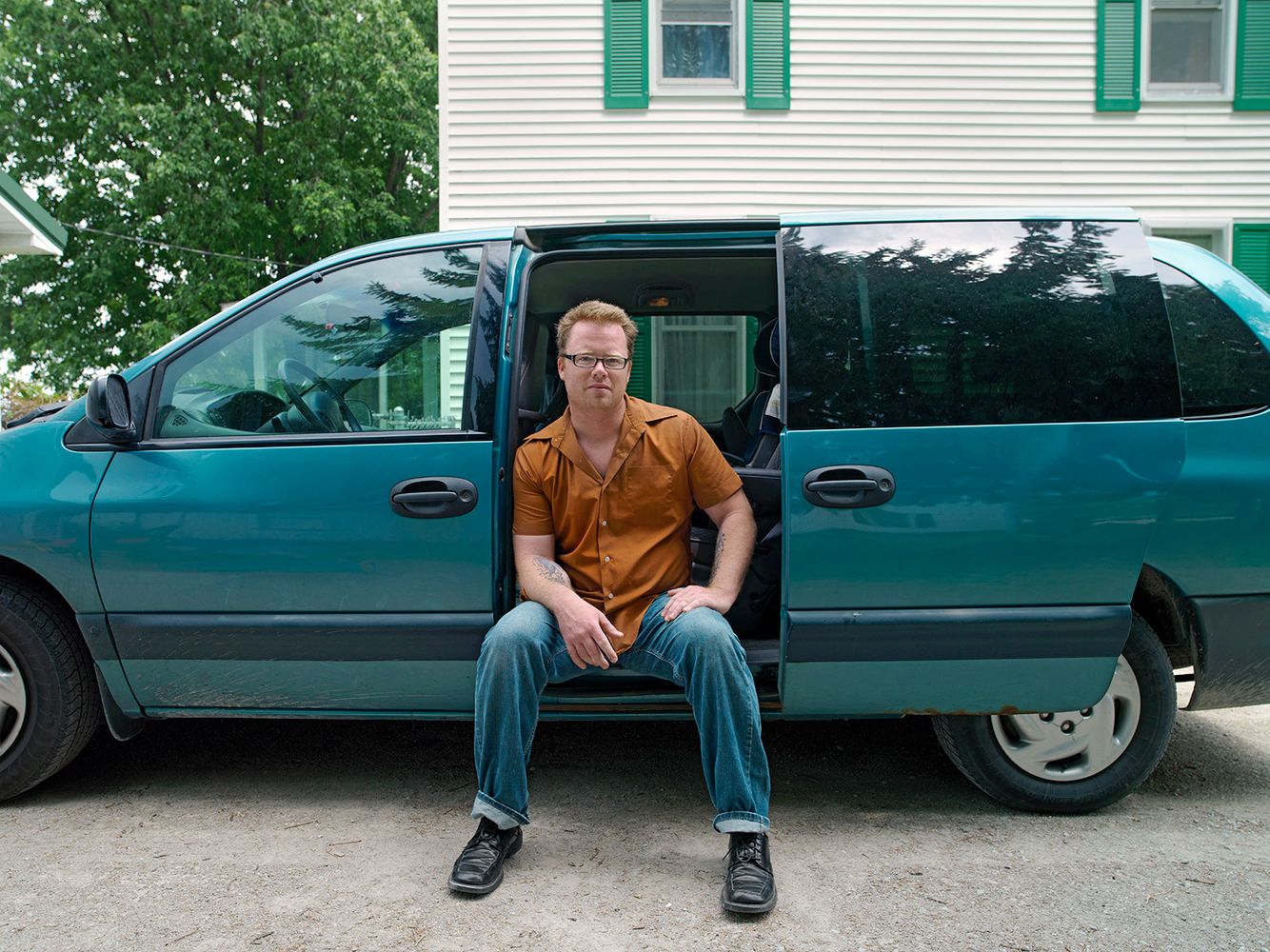 Steven, with his wife and family, moved to Colfax to start a new life. He loved to cook, so he opened up a local barbecue in town and invested his life savings. The locals regarded him as an outsider and gave him little support and within a year he had to close the restaurant. His future remains uncertain. 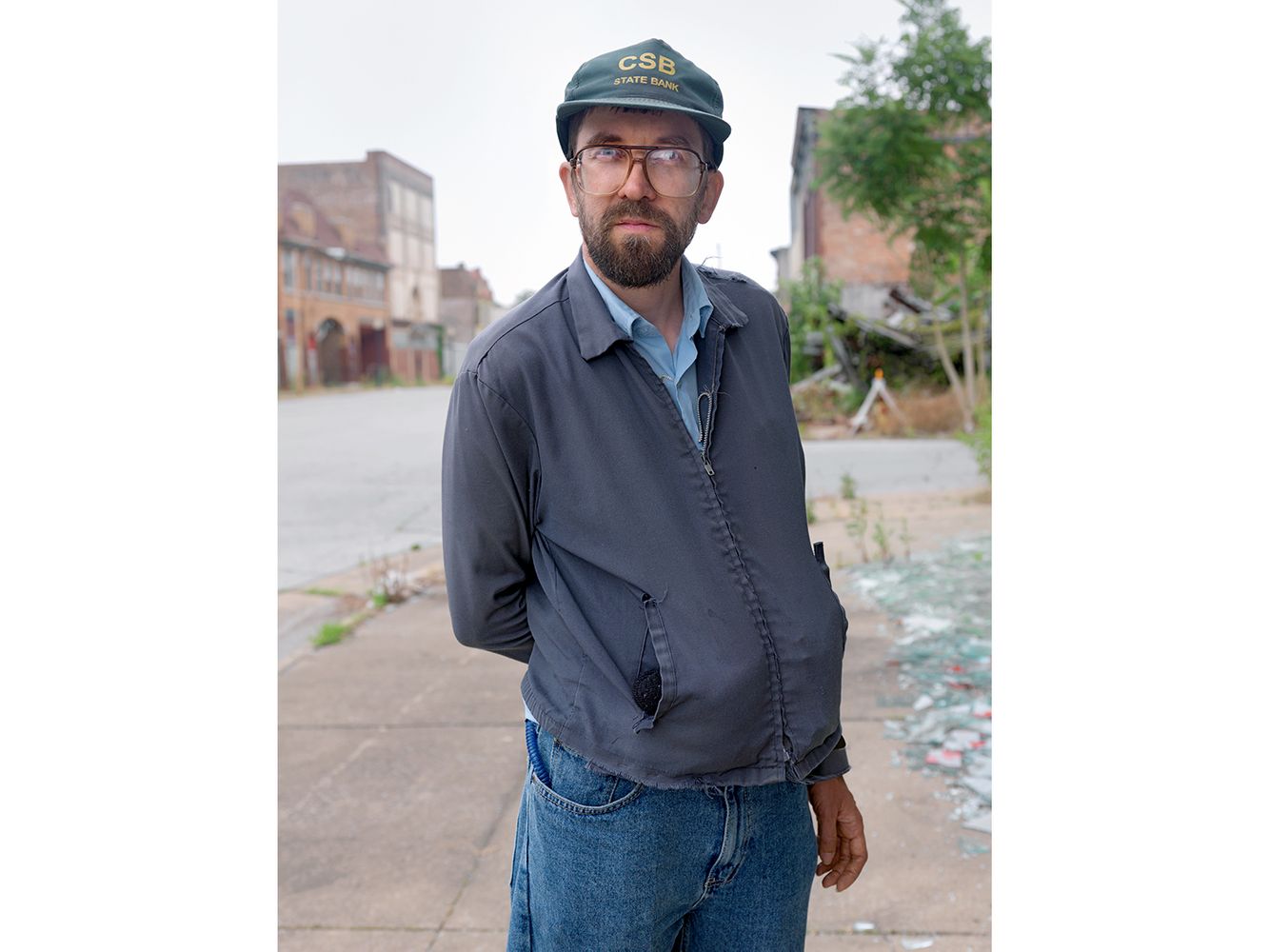 Robert is mentally challenged and lives in a city community center. He was scouring the streets for aluminum cans to take back to the center for recycling. His demeanor was wonderfully inquisitive. 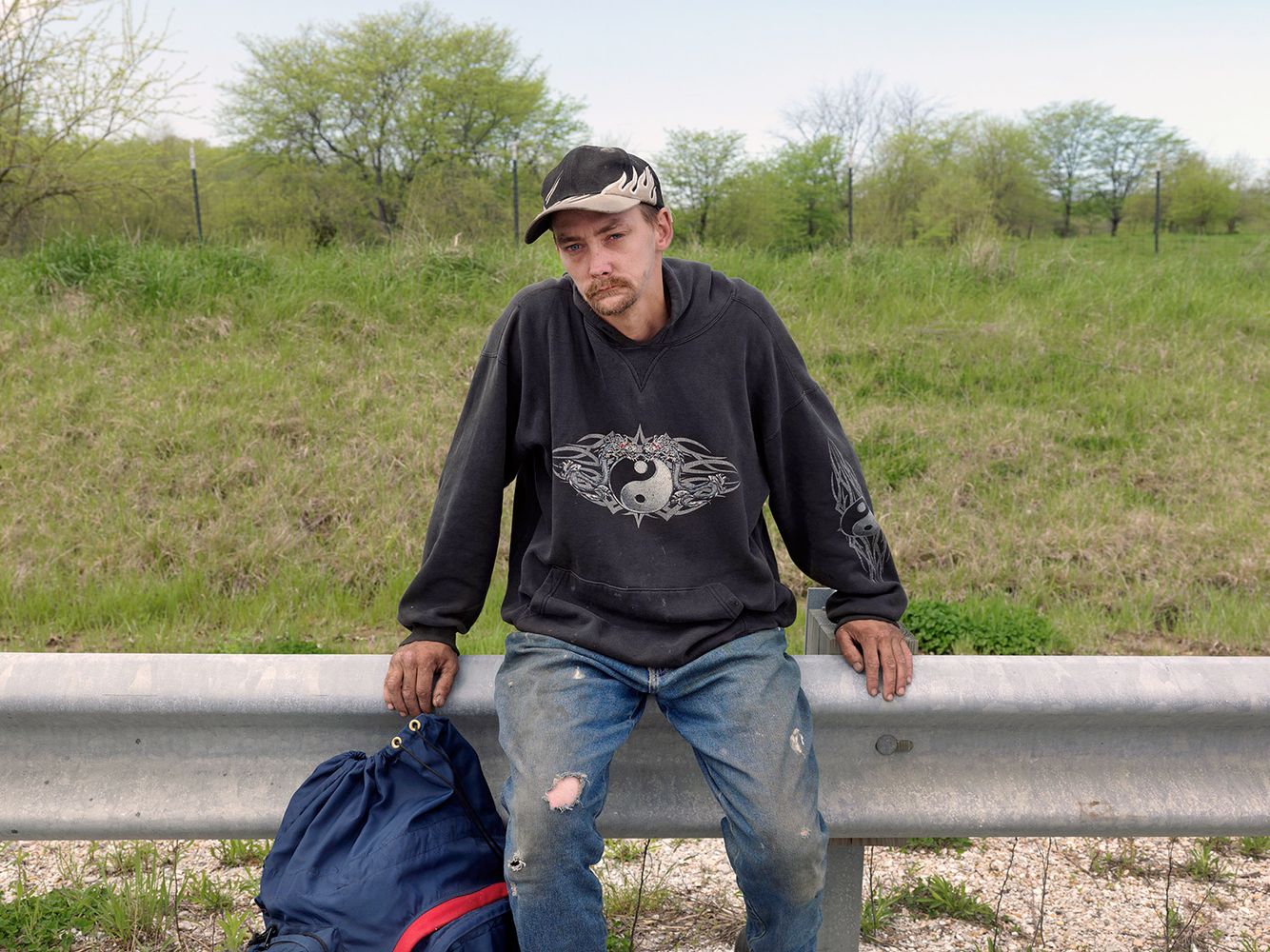 James had recently been layed off from his factory job. Then his landlord kicked him out of his apartment. After living with his physically disabled girlfriend for a month, she threw him out, while at the same time stealing his cell phone and selling it for ten dollars. Broke and homeless he was traveling to his cousins place who had no knowledge of his arrival. James was 26. 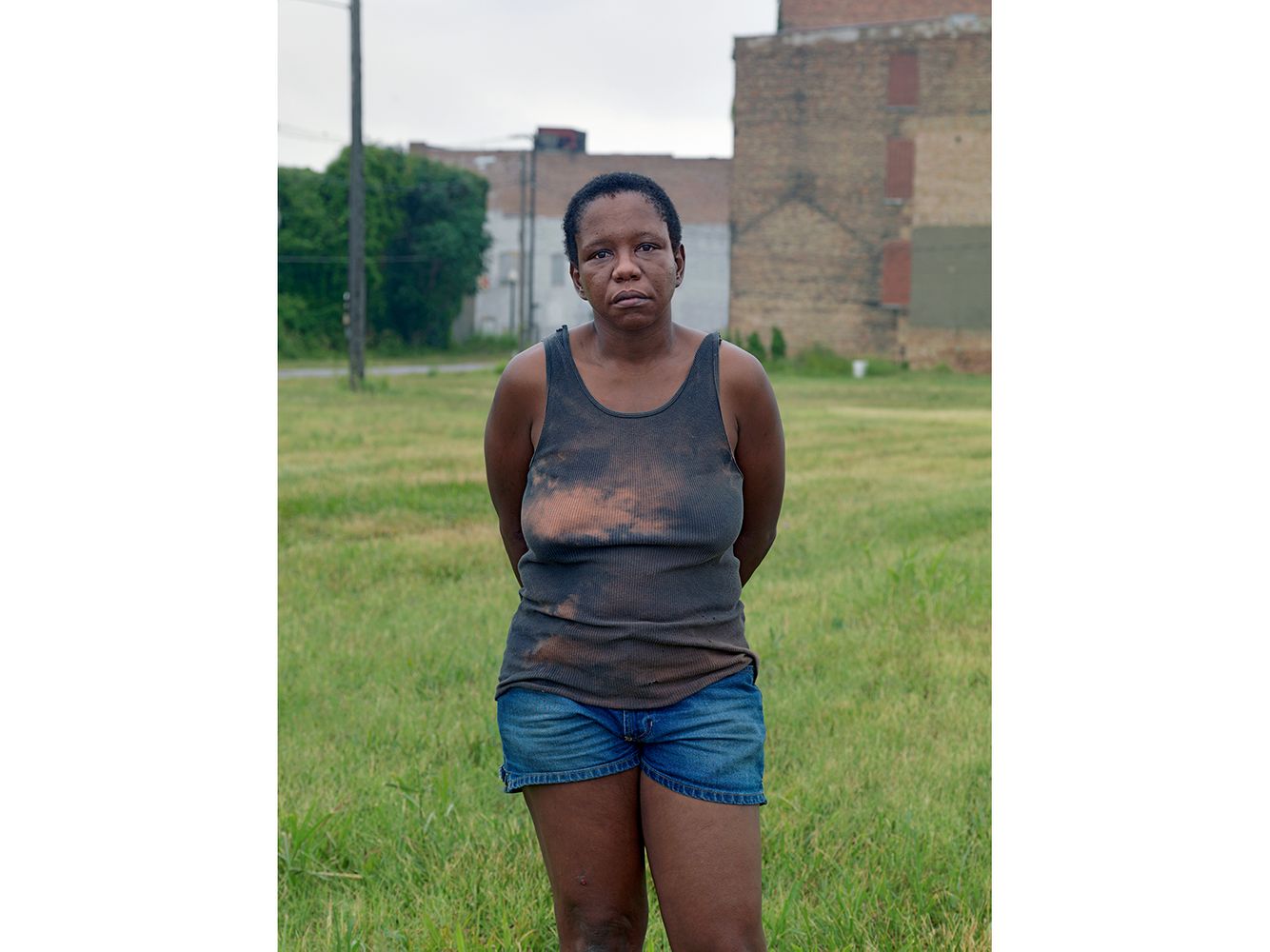 Vergie is the mother of three children. Her eldest son committed armed robbery in an attempt to be closer to his father who was already in prison. 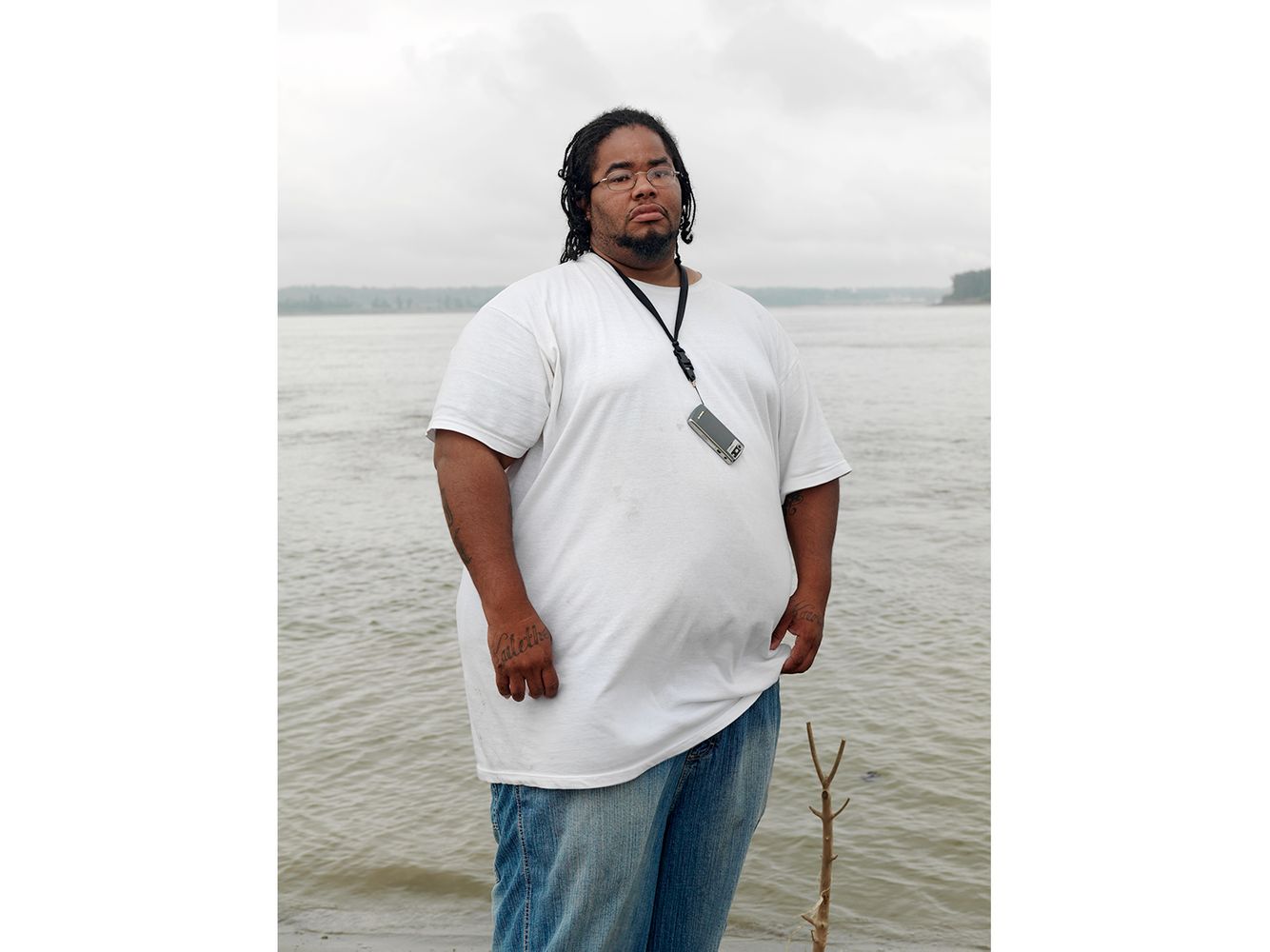 Paul is standing on the very southern tip of the state where the Ohio and Mississippi Rivers converge. In fact, you can't get any further south than this in the northern states. Geographically, this spot is farther south than Richmond, Virginia, once the capital of the Confederate States during the Civil War. Though Illinois was a free slave state, it philosophically aligned itself with its southern neighbors more than its northern partners. Cairo, more than any other city in Illinois has suffered the most due to its long standing racial division. 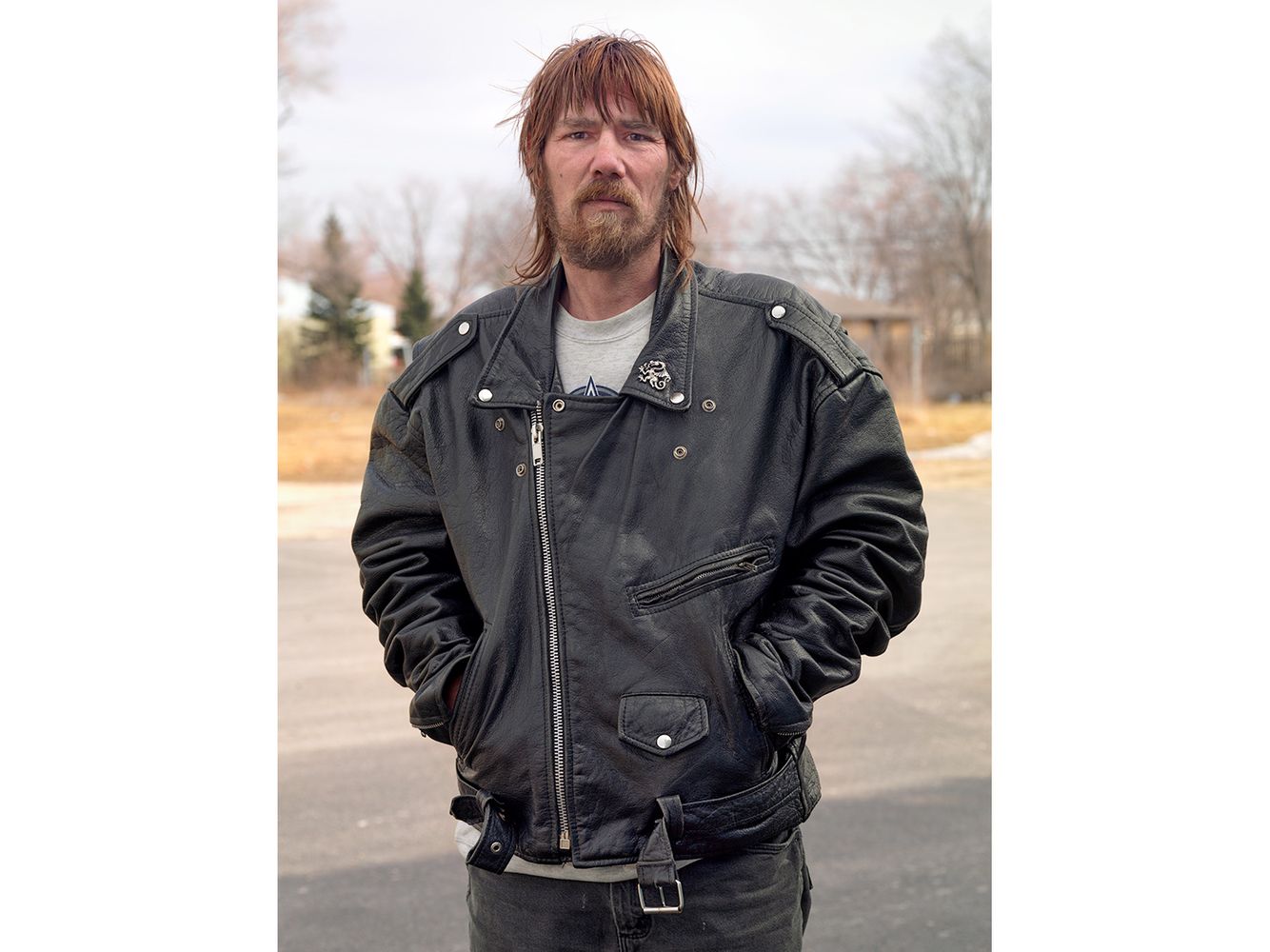 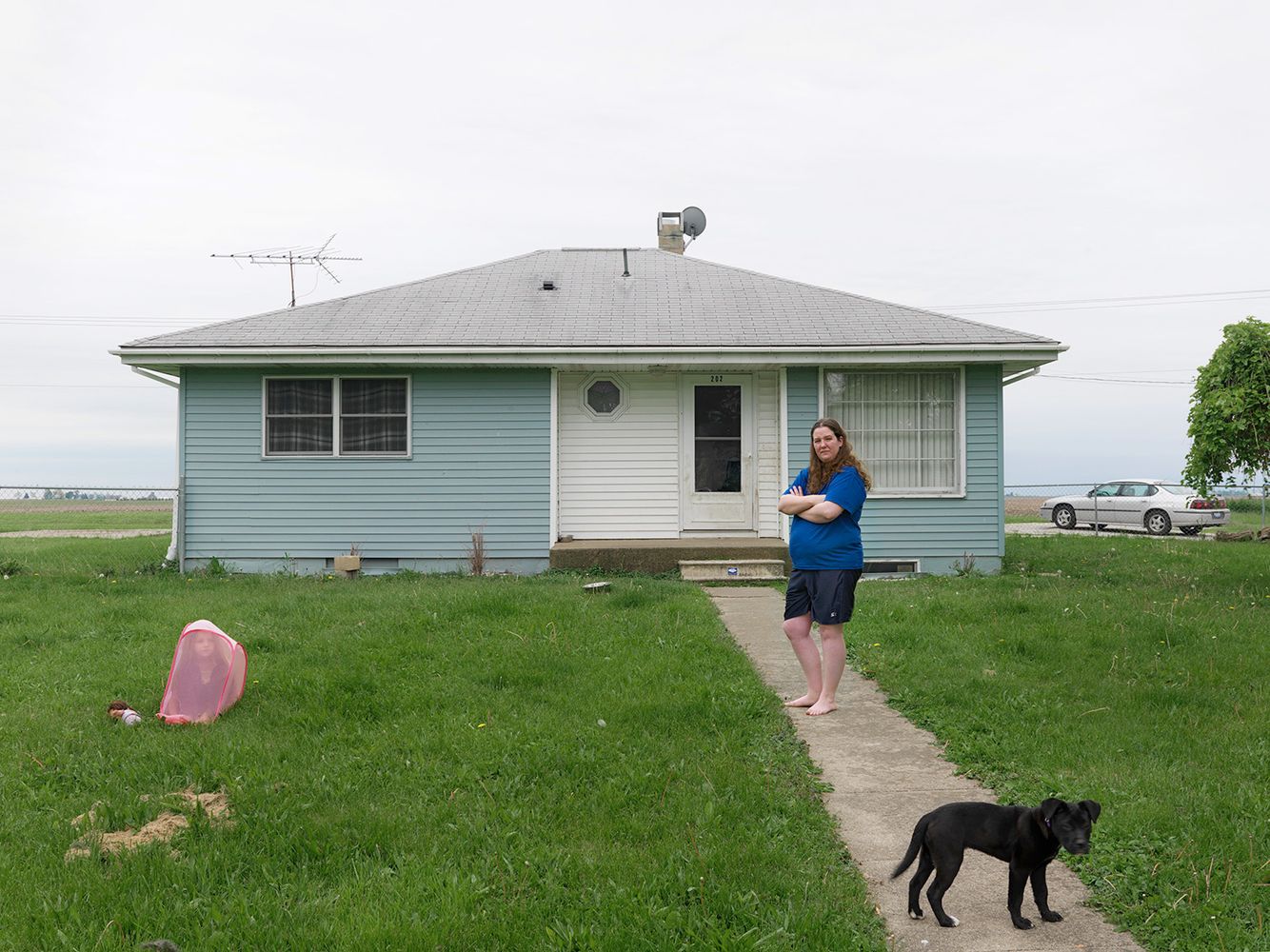